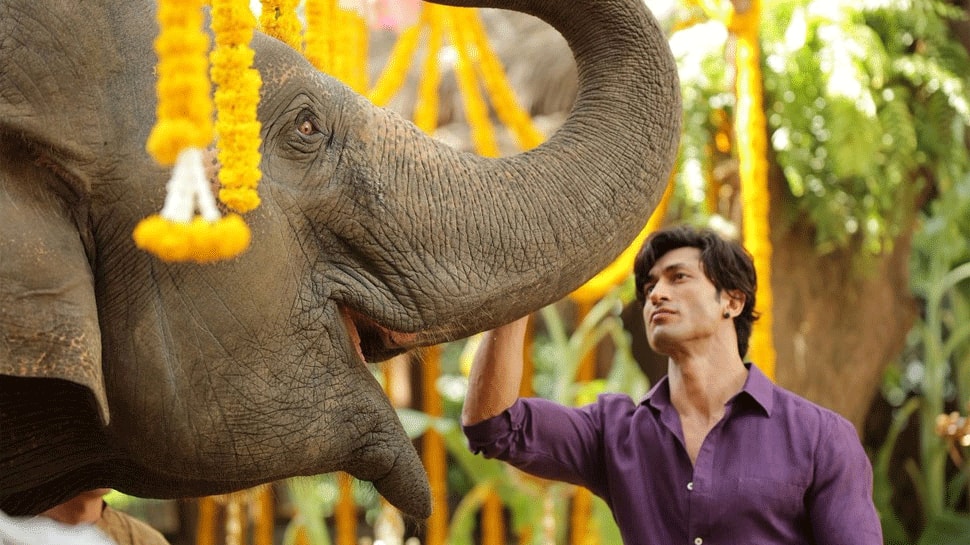 Action-thrillers like "Junglee" are God-sent to skilled actors looking for a chance to cut loose and have fun. From the looks of it, Vidyut Jammwal as Raj has a grand time playing the protagonist in the film.

He is a veterinary doctor practising in Mumbai, who returns to his roots after ten long years. His roots are in the jungle where his father is a conservationist. Once home, he realises, that everything is not hunky-dory as it appears to be. Elephants are poached for their tusks and that he must stay back home to be their saviour. How he uses all his skills to help the cause, forms the crux of the tale.

Helmed by Hollywood filmmaker Chuck Russell, obviously the expectations are high. But unfortunately, this tale of a man and his elephants which shares a message about family, friendship and conservation of elephants is dumbed down to the audience.

The story is simple and straight-forward. There are nuggets of beautifully-created moments which are layered on a lazily crafted plot and careless direction. Apart from major cinematic liberties, Kerala and Odisha seem interchangeable. Also, the director seems to focus more on exhibiting Vidyut`s skills in Kalaripayattu than the story itself.

Visually, the film appears to be mounted on a lavish scale. Mark Irwin`s cinematography keeps you hooked to the screen. He captures every bit of moment with sincerity. The lush green jungles and the serene tamed elephants are a balm to the eye. Some shots are picture perfect and seem straight out of "The Jungle Book".

The action sequences are astutely choreographed but they lack gravity. Throughout the film some of these moments appear more comic than serious, except for the fight sequence in the climax. Vidyut`s poses and parkour movements are well-captured.

There is an awe-striking moment in one particular scene when he escapes from the narrow prison window in a sweeping jump. The edit here is flawless and worth a mention.

Among the rest of the cast, debutantes Pooja Sawant and Asha Bhat are impressive in their roles. Akshay Oberoi as Raj`s friend Dev, Makarand Deshpande as Dev`s father, Atul Kulkarni as a poacher and Thalaivasal Vijay as Raj`s father; all in one-dimensional roles are sincere and have their moments of on-screen glory.

The song, "Yaad ayegi teri dosti..." seems like a remix of a previously heard number and song "Fakira ghar aaja..." is infectious. But overall, the music is not at all impressive.

This film a below mediocre fare that will appeal to animal lovers.