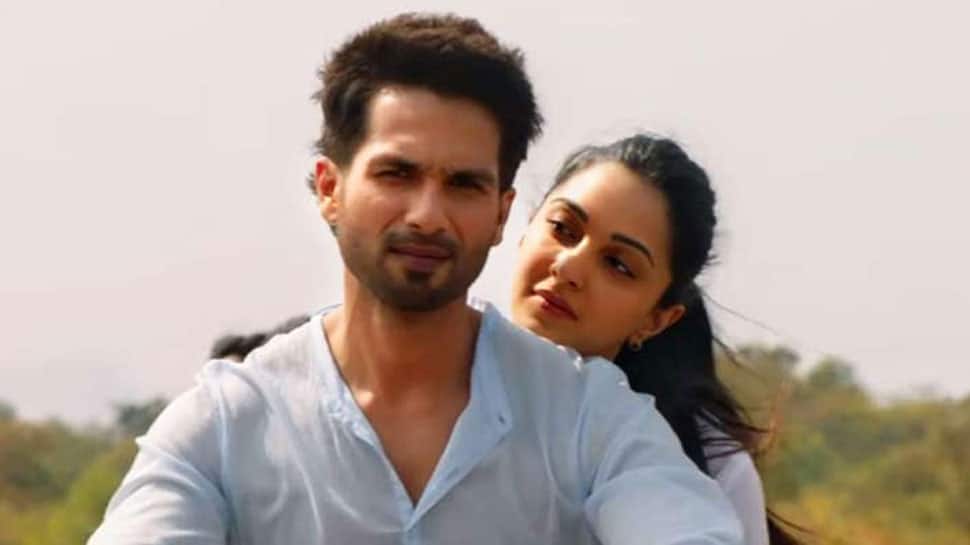 Mumbai: After taking fans on a musical journey with songs 'Tujhe Kitna Chahne Lage' and 'Bekhayali', makers of Kabir Singh starring Shahid Kapoor and Kiara Advani are all set to release yet another track.

The next soulful track 'Mere Sohneya' is set to release on June 6.

Shahid shared the news on Instagram and wrote, "Get smitten by love! Mere Sohneya, out on 6th June!"

It seems from the post that the song might be a love track defining the sizzling chemistry of the two actors on screen.

Apart from the release of the new song, the 'Jab We Met' actor also shared another intriguing poster of the film.In the poster, the duo can be seen in a passionate liplock.

The trailer of the film, which released a while ago, portrayed different shades of the 'Kaminey' actor.

The 38-year-old actor essays a medical student-turned-surgeon, a jilted lover and someone with major anger management issues.

Not just Shahid, Kiara as the female lead has also received an overwhelming response for her demure appearance as Preeti in the trailer.

The film has been helmed by Sandeep Reddy Vanga and produced by Bhushan Kumar, Murad Khetani, Krishan Kumar, and Ashwin Varde. It will hit the big screens on June 21 this year.