The Kalank trailer is out! 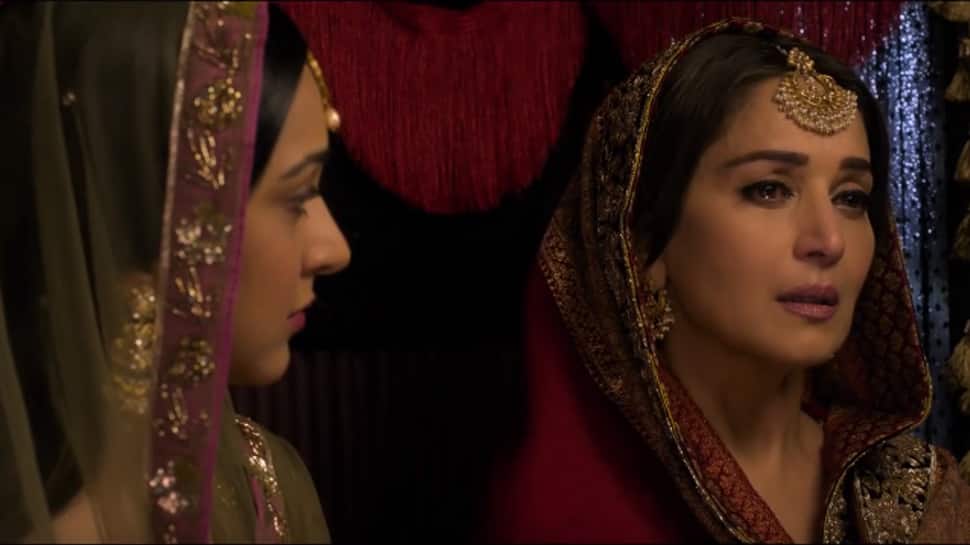 New Delhi: Karan Johar's upcoming period-drama 'Kalank' has been high on the buzzword ever since it was announced. The curiosity around the film is palpable and fans have been eagerly waiting for the trailer of the film ever since its magnificent teaser was unveiled. Well, the wait has finally come to an end as the Kalank trailer has now been released by the makers and we aren't getting over its grandeur anytime soon!

Without wasting much time, have a look at the trailer here:

There are multiple reasons for being excited about the period film. First, the film has on board some of the most gifted actors of Bollywood including Sanjay Dutt, Madhuri Dixit, Alia Bhatt, Varun Dhawan, Sonakshi Sinha and Aditya Roy Kapur.

Next, it brings Madhuri and Sanjay together on screen after a long gap. The two were rumoured to be dating each other years ago and fans are excited to see them on-screen.

Also, the film's songs are topping charts already and with this aesthetically pleasant trailer, we are sure the excitement level for 'Kalank' will reach new heights.

It also marks Alia and Varun's fourth film together and fans absolutely love their on-screen chemistry. They made their Bollywood debut with K Jo's 'Student of the Year' and have also worked together in 'Humpty Sharma Ki Dulhaniya' and 'Badrinath Ki Dulhaniya'.

'Kalank' has been helmed by '2 States' fame Abhishek Varman and is slated to hit the screens on April 17.

Feeling the pangs of excitement yet? We are as well!