After the impressive trailer launch, the makers on Friday released the making of film song 'The Wakhra'. 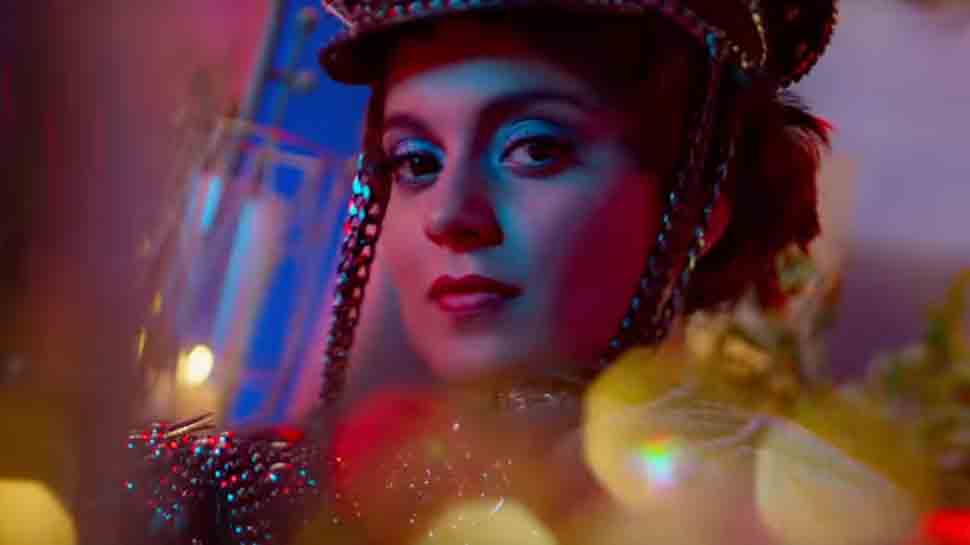 New Delhi: Kangana Ranaut and Rajkummar Rao's 'Judgementall Hai Kya' has been making all the right amounts of noise. The film follows the story of two individuals whose lives pivot between reality and illusions. It stars Rajkummar Rao and Kangana Ranaut in lead roles and is slated for release on July 26, 2019. The film is directed by Prakesh Kovelamudi and is produced by Ekta Kapoor.

After the impressive trailer launch, the makers on Friday released the making of film song 'The Wakhra'. The clip shows what went behind creating the hit peppy disc number and the efforts put in by the entire team. Released on Friday, the video has so far been watched over 1.8 lakh times.

Kangana and Rajkummar have taken their fashion game to the next level in the track. The duo can be seen in dramatic and intense look which make the song worth watching. The peppy track is catchy and has done justice to the original version. Interestingly, just like the trailer, the song also gives a glimpse of Kangana's character Bobby who is against that of Rajkummar's character Keshav.

'The Wakhra' song is a recreated version of Navv Inder and Badshah's original 2015 track 'Wakhra Swag'. The new version features vocals by Lisa Mishra and American-Indian rapper Raja Kumari. It has been penned and remixed by Tanishq Bagchi.

The song is a peppy track number and is set in a night club. Lead actors Kangana and Rajkummar turn up the heat with their unmissable swag. Kangana, who has collaborated with Rajkummar after five years, is for the first time seen with him in a song.

The song has not only garnered over 1.52 crore views on YouTube but also set the buzz going ahead of the movie release. The song has been liked by many and turned into a meme fest by others online.