Kangana Ranaut is on 'Doctor Strange' poster but with a twist! 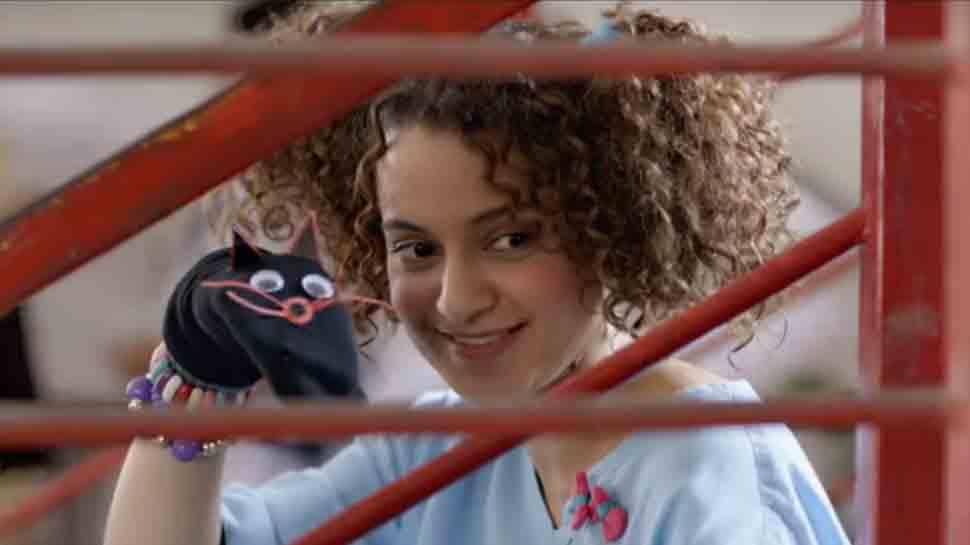 New Delhi: Kangana Ranaut is clearly not ready to let go of the whole tiff-with-journalist-over-Manikarnika controversy which hogged the headlines over the past couple of weeks.

However, she is ready to laugh it off with an epic meme.

In an edited version of a `Doctor Strange` movie poster, originally posted by an Instagram page titled `weareslurp`, Kangana`s face has been edited over Doctor Strange`s (played by Benedict Cumberbatch) face.

As the actress features in the superhero avatar in the foreground, all her current enemies feature in the background. Behind Kangana, Karan Johar`s face is placed over Tilda Swinton`s character.

Next to Karan, a star is edited in place of Benedict Wong`s face and it reads `Star Kid`, a jibe at the nepotism debate that she kick-started during her appearance on one of the `Koffee With Karan` episode. To her left, Chiwetel Ejiofor is face swapped with Hrithik Roshan.

The continuing rivalry between her and Roshan goes back to 2016, when the two actors, who starred together in `Krrish 3`, slapped each other with legal notices post a dirty public spat.And last but not the least, referring to her latest clash with a PTI journalist, the meme features `Press Trust of India` written in place of a character`s head in the background. Instead of `Doctor Strange`, the edited version of the poster reads `Actor Strange: The Multiverse of Madness`.

In July Kangana added yet another controversy to her life journal when she got into a heated debate with a PTI journalist who was present at the song launch event of her upcoming movie `Judgementall Hai Kya`.

She lambasted the reporter for writing "dirty things" about her film `Manikarnika`, which marked her directorial debut.Following this, the Entertainment Journalists` Guild of India boycotted the actor and denied giving her media coverage.

Reacting to the Guild`s decision, Kangana released a video in which she accused journalists of being rotten and cheap freeloaders and challenged the media to go ahead and ban her.