Kangana Ranaut, Rajkummar Rao's Mental Hai Kya trailer to be out on this date 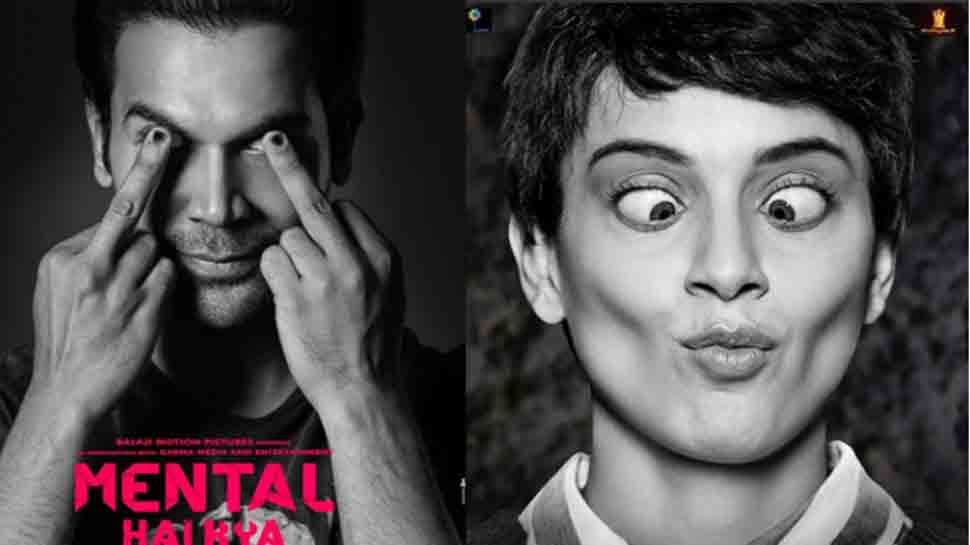 New Delhi: After giving a power-packed performance in the period-drama 'Manikarnika: The Queen Of Jhansi', Bollywood's Queen Kangana Ranaut is all set to be seen next in 'Mental Hai Kya'. The quirky-drama will show Kangana in a never seen before avatar.

In the latest, reports have been doing the round that the makers are planning to release the trailer of the film on June 19.

Pinkvilla quoted a source saying that Kangana, who is shooting outdoors for another project 'Panga', will be back in the bay to launch the theatrical promo of the film along with the entire cast of the film.

Starring Kangana and Rajkummar Rao in lead roles, 'Mental Hai Kya' is a psychological thriller film and has been directed by national award winner Prakash Kovelamudi, who has made southern films like 'Anaganaga O Dheerudu' and 'Size Zero'.

The film also features Amyra Dastur, Jimmy Sheirgill, Satish Kaushik and Hrishitaa Bhatt in key roles. Reportedly, Satish will be essaying the role of a police officer in the film and will be seen investigating a case involving Kangana and Rajkummar.

Meanwhile, this will be the second time Rajkummar and Kangana will be seen together on screen. The two were last seen in 2013 in 'Queen'.

The makers have so far released several looks of the characters, all of which left the viewers impressed.

'Mental Hai Kya' is co-presented by Ekta Kapoor's home banner Balaji Telefilms Ltd. The film is scheduled to release in theatres on July 26, 2019.