Bollywood heartthrob Kartik Aaryan and Janhvi Kapoor's Dostana 2 is all set to go on floors in October. The film made the right kind of noise ever since it was announced by Karan Johar. 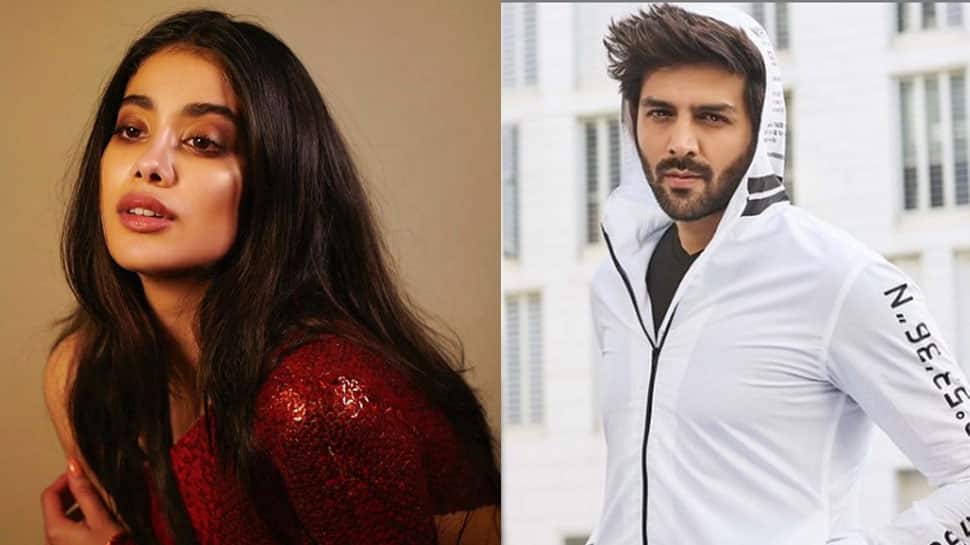 New Delhi: Bollywood heartthrob Kartik Aaryan and Janhvi Kapoor's Dostana 2 is all set to go on floors in October. The film made the right kind of noise ever since it was announced by Karan Johar.

While the fresh pairing of Janhvi and Kartik got instant attention, the latest trivia reveals that the two actors won't be paired opposite each other. They will reportedly play siblings in the film, who will have their eye for the same guy. The hunt for 'the suitable boy' is still on and it would be interesting to see whether Karan will rope in an outsider or pick an insider for the role.

The makers are now looking for a suitable date to commence the shoot of the film. "Kartik is busy with a few projects already. He just wrapped up the sequel of Love Aaj Kal and is now shooting for Pati, Patni Aur Woh in Lucknow. After he wraps this schedule, Kartik will finish the whole film by September-end. On the other hand, Janhvi is juggling between two movies- the biopic on IAF officer Gunjan Saxena and Rooh-i-Afza. She will also be completely free only by September, "Pinkvilla quoted a source as saying.

"The idea is to complete the film in two to three schedules. So they shoot between October to December. Kartik takes a small break from the shoot to finish promotions for Pati, Patni and resumes again. Then January onwards, Kartik moves on to Bhool Bhulaiyaa 2 whereas Janhvi will start prepping for her role in Karan Johar's Takht which is also scheduled to begin early next year, " the source added.

The film is the second installment of 2008 drama Dostana which stars John Abraham, Priyanka Chopra and Abhishek Bachchan in the lead role.