Sooryavanshi' is directed by Rohit Shetty. It is scheduled to hit the screens in 2020. 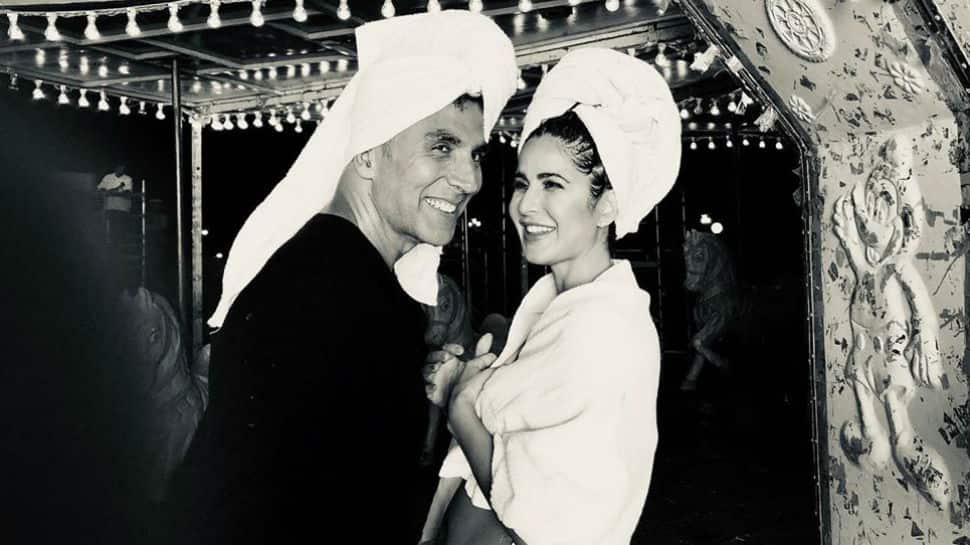 New Delhi: Katrina Kaif and Akshay Kumar are busy with 'Sooryavanshi' duties and a picture of them from the sets of the upcoming film was shared by the actress on Tuesday. The photo appears to have been taken while shooting for a song sequence - the 'Tip Tip Barsa Pani' number, maybe?

Akshay is all set to recreate the blockbuster 'Tip Tip Barsa Paani' from 'Mohra' for 'Sooryavanshi'.

"Singing in the rain," Katrina captioned the photo. She carefully hides her outfit with a towel and also wraps one around her head. Akshay can be seen in an all-black look and has also wrapped a towel around his head. Katrina has also tagged choreographer-director Farah Khan in the post.

'Sooryavanshi' is directed by Rohit Shetty, who is expanding his cop universe with this film after the success of 'Singham' and 'Simmba' films.

For the film, Rohit has planned special appearances of - Singham (Ajay Devgn) and Simmba (Ranveer Singh).

Spider-Man: Far From Home to release earlier than scheduled