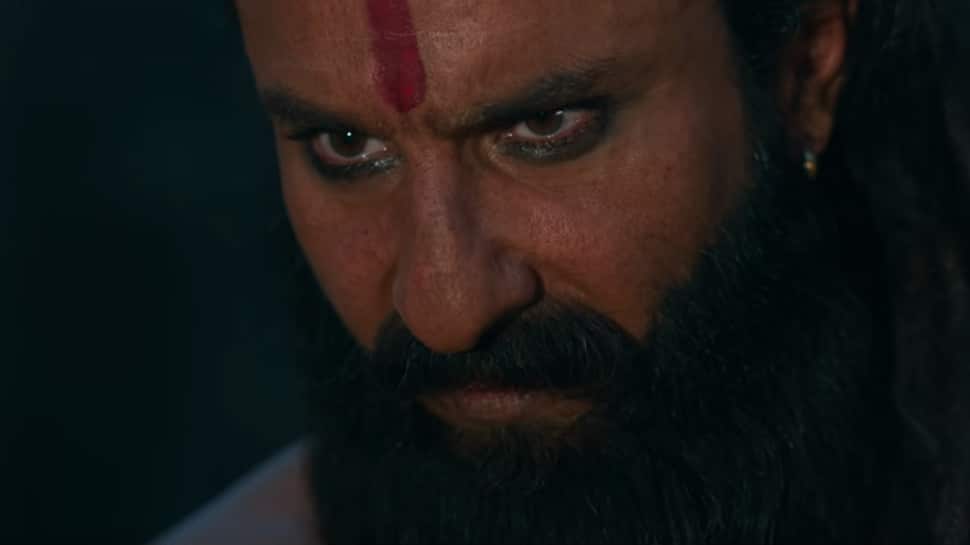 Saif's first look from the film was unveiled in August this year and took social media by storm.

Now that the film has finally reached theatres, reviews have started pouring in.

Director Navdeep Singh, who has earlier helmed critically-acclaimed films like 'Manorama Six Feet Under' and 'NH10', attempts to create a period saga, with revenge as the central theme and an assortment of characters. But sadly, it fails to create the menacing impact it sets out to have. The narrative is too long drawn out and often meanders. Characters and subplots appear and disappear at whim, and some are not coherently etched out. Sonakshi Sinha is seen a cameo, but then you blink for a second, and she’s gone. Laal Kaptaan’s effect at best is sporadic – there are moments that may hook you, even shock you, but there are also too many scenes that are just laborious.- TimesofIndia.com

There are shades of Aamir Khan’s trickster from Thugs of Hindostan in the tracker, but thankfully there’s more that separates than unites these two films, even though both are set in north India in the late 1700s. This is a more convincing snapshot of what the region must have been like, with everyone looking out for themselves and national identity barely a gleam in anyone’s eye. There's a wealth of eccentric period detail: for instance, the Pindaris – plunderers and foragers of the time – who set off after Rahmat Khan are presented as the film’s equivalent of commedia dell'arte or a nautanki troupe. - Livemint.com

Saif Ali Khan, who spends most of his time togged out as Naga sadhu, face streaked with white and black, long dreadlocks snaking down his back, wielding swords and scabbards, is a sight. So is Deepak Dobriyal, who plays a kind of jokey funster, and he has the best lines in the film, so does a little Maratha princeling who is the butt of many jokes. Manav Vij, who was so good in Andhadhun, comes off comparatively colourless. Hussain is striking as a kohl-eyed lower-caste dusky woman pitted against a fair, beautiful queen (Singh).

But the plot, such as there is, doesn’t hold, making the characters struggle for relevance. - Indianexpress.com

Jonah Hill no longer eyeing role in 'The Batman'