'Lipstick Under My Burkha' movie review: Lifelike and Irrepressible

Although the four protagonists are not related to each other in the film, the dexterous manner in which their lives are interwoven is laudable and speaks volumes for the cleverly crafted screenplay. 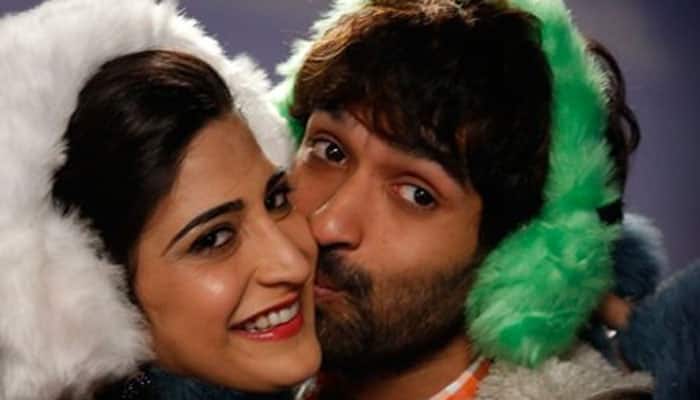 The much-awaited ‘Lipstick Under My Burkha’ is a bold and brutally honest film about the unbridled dreams of four women, trapped in their lives owing to societal norms and stereotypes.

Set in a middle-class mohalla (locality) in Bhopal, the film centres around the lives of the four protagonists - Usha Parmar aka Buaji, (Ratna Pathak Shah), an elderly widow, who supresses her deep-seated physical desires, Shireen Aslam (Konkona Sen Sharma), a sales girl who does a job without her husband's knowledge as she is a mere sex object for her husband who has scant regard for her feelings, Leela (Ahana Kumra), who loves a photographer Arshad (Vikrant Massey), and Rehana (Plabita Borthakur), a collegian who is a musician at heart and finds her 'burkha' stifling as it confines her.

How each of them lead an unhappy and uncomfortable life and secretly long to be someone else, forms the crux of the film.

Although the four protagonists are not related to each other in the film, the dexterous manner in which their lives are interwoven is laudable and speaks volumes for the cleverly crafted screenplay.

The actors portray their characters with panache and sincerity, each one becoming the character they are essaying.

Ratna Pathak Shah although distinct in her typical style, essays the sexually repressed Buaji' with the requisite restraint and candour befitting her calibre as an actor. Konkona Sen Sharma as Shireen, is brilliant as always but does not offer anything that one has not seen her do before. It is Plabita as the split personality Rihana who steps out of her 'burkha' and is a different person who renders a realistic performance, as does Ahana Kumra. She is a bohemian, dauntless girl who is unapologetic about her physical needs and lives life on her terms.

Sushant Singh as the chauvinistic husband of Shireen Aslam is natural and convincing. Vikram Massey as Arshad, essays his character with honesty and is impressive. Other actors in supporting roles like the swimming instructor, Rehana's father and Dhruv, Rihana's friend, are equally sincere and praiseworthy.

Director Alankrita Shrivastava, manages to take the audience into the lives of her four protagonists with ease. The layered screenplay debunking myths about women in small towns and their bottled-up dreams and desires is well-written. The use of erotica which 'Buaji' secretly reads to propel the narrative forward, metaphorically linking it to the lives of all four protagonists is astutely handled.

There are times when the situations in the film seem a tad exaggerated and sometimes unnecessary, but presumably Alankrita takes those liberties to establish the regularity and consistency of her protagonists' lives.

The music is basic and gets lost somewhere in the backdrop as the characters on screen and their lives keep you riveted. The first half is a bit slow but thankfully the pace gathers momentum post interval.

The last scene appears a bit theatrical and forced to establish the supremacy of women over society in context of the realisation of their dreams, yet ties, in the lives of the four protagonists succinctly.

Technically, the film is skilfully mounted with moderate production values. The editing by Charu Shree Roy deserves a special mention.

Overall, the hype surrounding this film is bound to get you to watch it and disappoint it won’t.

Who was Subedar Taanaji Malusare? Know why Ajay Devgn's 'Taanaji: The Unsung Warrior' is important