One look at the film, and you know he has scored a success in that attempt. 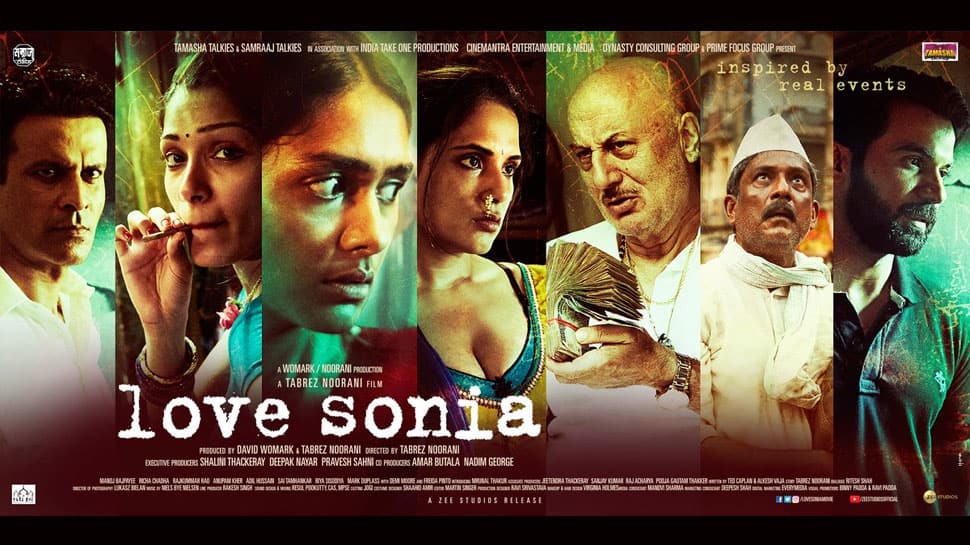 Melbourne: There's a nuanced subtlety in the way first-time director Tabrez Noorani has explored the harsh realities of the human trafficking world in Love Sonia. He says the attempt was always to avoid crossing the line of exploiting the exploited.

One look at the film, and you know he has scored a success in that attempt.

"We've been careful in terms of not crossing the line, to not exploit the exploited. And whether it's the NGOs behind us or industry people, everyone has said one thing in common that we have done a really good job at being very subtle and have not crossed the line," Noorani told IANS in an interview here.

The Australian premiere of Love Sonia at the just-concluded Indian Film Festival of Melbourne (IFFM) left the audience moved by the story of Sonia, a 17-year-old who sets out to free her sister from the shackles of a sex trafficking nexus, but gets caught in it herself.

The performances by an acclaimed cast, the treatment, the visuals and the narrative draw the viewer in out of curiosity about how dark the abyss can really be.

"It's the subject matter," Noorani said of why the movie evoked the emotions it did.

"I don't think the audience has seen a movie at least in India about sex trafficking that has been this authentic. In a subject like this, the minute you show too much, you lose the audience, they are desensitised, they feel repelled, and that's why you have to cut and stop somewhere because their imagination is sometimes so dangerous that actually showing them visuals," the filmmaker said.

"Love Sonia", releasing on September 14, took Noorani over a decade to bring it to the screen. All the while that he was busy being line producer for Hollywood productions like "Slumdog Millionaire", "Life of Pi", "The Second Best Exotic Marigold Hotel", and "Zero Dark Thirty", the story of "Love Sonia" was at the back of his mind -- evolving and finding its destiny.

"This film needed to be made and I needed to get it out of my system. For me it was very important that my first film as a director was something that I felt very passionately about," he said.

"I'm glad I didn't make it 10 years ago. The script didn't have enough weight back then. The missing pieces were put together... and more stories came out. A lot of things evolved over a period of years for the film," added Noorani, hoping it will leave the audience with something to think about.

While he believes the "fantastic" cast will be a major marketing pull for the movie, Noorani isn't sweating over its box office prospects.

"The bottomline is you just want to make a good and honest film. We all know that it's not a hardcore commercial film, so it's just about getting people into the movie theatre. That will be half the battle won... The question is what's going to happen after they walk out of the theatre?

"Are they going to walk out drawn into the story, immersed in the characters? Do they feel for the sisters and when they walk out, even though they may not want to think about it? Regardless of what they feel, their eyes will have opened slightly. They will come out more aware."

He is also impressed with the Indian censor board, which gave the movie a certificate two months ago, after a struggle for avoiding cuts.

"It was a mixture of the fact that we were patient and we fought... I think 98 per cent of people would have accepted the cuts and that would have watered down the film. We didn't have a studio behind us or a large distributor behind us, so as a team, we could take our decisions.

"After taking so long to make a movie like this, we said 'No, we aren't accepting it'. So we waited, it took a while to get the appeal date (at the Film Certification Appellate Tribunal), we went to Delhi and fought, and as a result, we had to push the movie almost by a year.

"I think it's a big victory. I was very impressed with the censor board. They objected, we went, we appealed, we explained and we came away with what we wanted," Noorani said.