The problem with the plot is that the narrative meanders with sweet nothings. 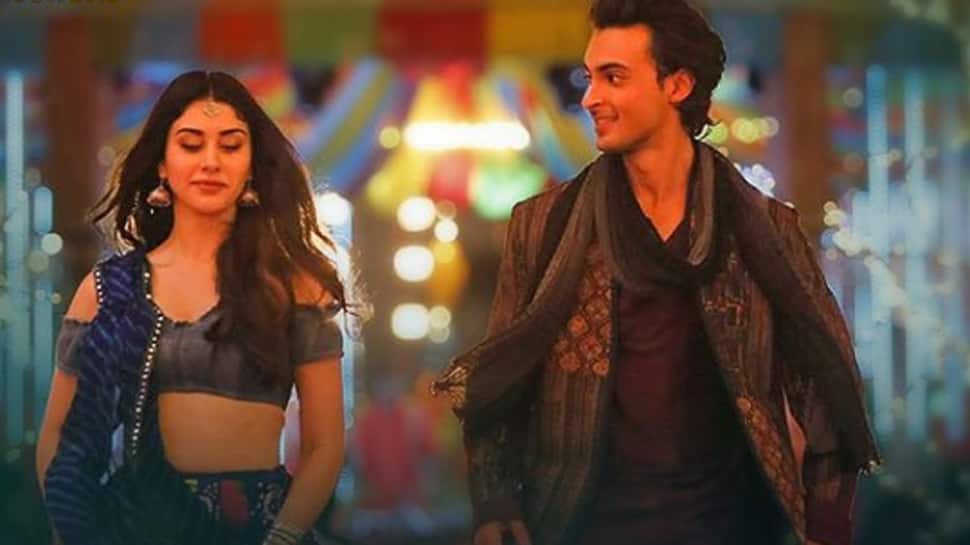 What is a romantic film if it is not earnest, intense or contains a deeply involving human drama? Director Abhiraj Minawala's "LoveYatri" lacks on all these above fronts.

Set in a Gujarati milieu, "LoveYatri" is a run-of-the-mill love story where love is an operational word. At one point, it is even compared to a SIM card which can fit into any mobile phone instrument, irrespective of brand or cost. Also, here love is inspired from Hindi film blockbusters and flops and with this shallow approach, the film loses its lustre.

Perfunctorily mounted, "LoveYatri" is the love story of Vadodara-based Sushrut aka Susu (Aayush Sharma) and the NRI Manisha aka Michele (Warina Hussain).

At the very onset, we realise that theirs is not a match made in heaven. As Susu's friends, Rakesh and Nagendra often referred to as Rocket and Negative admit, "aukaat ka thoda problem hai," which means there is a problem with the status.

He is a middle-class, unambitious lad, keen to open his 'Garba classes' in Vadodara. She is the daughter of a businessman in the UK, a topper in her college and would soon be joining the prestigious London School of Economics. Destiny gets her to India for Navratri celebrations. Romance blossoms and fizzles out during these nine days and she returns to the UK.

Over a period of one year, goaded by his friends and his Mama, Rasik (Ram Kapoor), Susu goes to London to woo his lady love and win her over.

The problem with the plot is that the narrative meanders with sweet nothings. It is the hero's fantasy of being in love that propels the narrative and we actually hear him professing to his lady love in the third act, which again is a path without a hitch, and by then you realise what was this drama all about.

There is the obvious 'Indian father of the girl' obstacle which is so bland and flavourless, that you yawn during the episodes. The only time you see hope in the film is when Susu lands in a UK jail and two Gujarati policemen Jignesh and Bhavesh (brothers Arbaaz and Sohail Khan) come to his rescue. But alas, their track is snipped much before it gets registered.

On the performance front, the lead pair in their maiden venture are passable. Warina Hussain and Aayush Sharma both seem hardworking but their performance is limited to what is extracted from them. While Aayush is a graceful and decent dancer, his acting skills definitely do not match his dancing steps.

Of the supporting cast, Pratik Gandhi and Sajeel Parekh as Susu's friends Negative and Rocket are a delight. They brighten up the scenes they are in.

Ronit Roy as Manisha's father Sameer and Ram Kapoor as Susu's mama Rasik are just themselves, flat and unenthusiastic.

With the poor writing, one does not feel the need to intellectualise or make sense of the technical qualities, which are naturally ace. The songs and music too do not elevate this film.