Malang movie review: It is about wanton mush and gritty mayhem 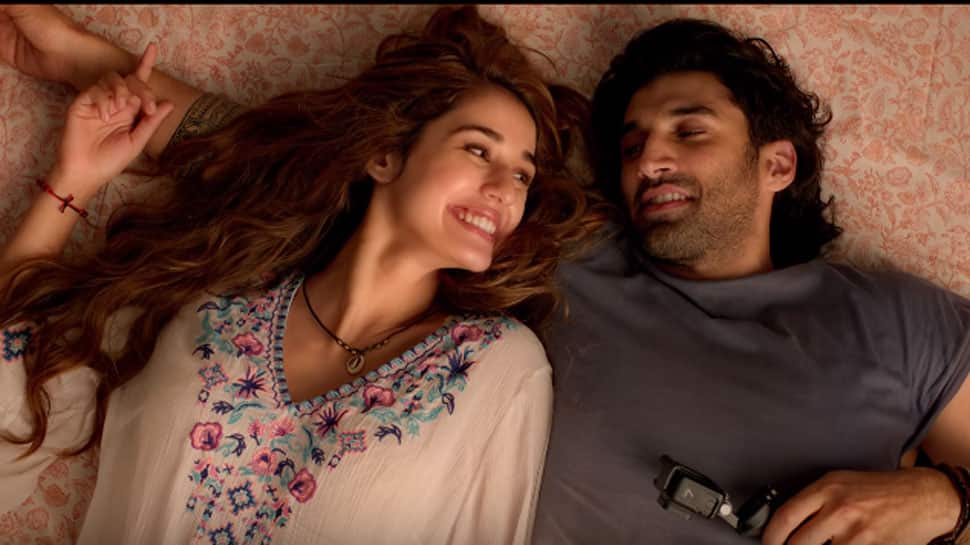 "Malang" must be the most stylishly executed Bollywood thriller in a while, also the most twisted. It is really an old-school revenge thriller that manages a few clever spins despite an overall adherence to loud, larger-than-life masala.

Mohit Suri's "Malang" is a wanton play of oomph and machismo, mush and mayhem, melody and melodrama, anchored by a very filmi tale of revenge. The film teams a hero who's beefed up in search of a saleable image with a heroine who doesn't have to try too hard to look sexy. The element of unpredictability is buoyed by a set of key characters who have a deeper layer beyond what they superficially seem to be.

"Malang" is about a romance that has been messed up by the bad guys, and the evident scope of retribution it opens up for the hero.

If that core idea sounds cliched, Aniruddha Guha's screenplay maintains suspense by opting for a parallel narrative structure while unfolding what lead to violent revenge in a flashback track, and how it is executed in the presentday sequences.

The story takes off on a Christmas eve, with a mysterious man, Advait (Aditya Roy Kapur), calling up an encounter specialist cop named Agashe (Anil Kapoor) to inform the police of his intention to unleash a series of killings before the night ends.

Soon, it becomes clear that Advait is targeting only policemen. It is up to Agashe and the seemingly idealistic cop Michael Rodriguez (Kunal Kemmu) to find out why, and also nab the killer before it is too late.

While the suspense builds up with brutal urgency in the present-day track, the flashback picture that moves parallelly is one of sunny romance.

The flashbacks are soaked in the sun and sands of Goa, and they usher Disha Patani into the picture as Sara. Vikas Sivaraman's camera virtually lays out a pretty pamphlet in motion for Goa Tourism as Advait and Sara paint the club circuit red. The film also gives fleeting peek into Goa's psychedelic drug scene (incidentally, the choice of words to convey the statutory warnings accompanying scenes of drugs and smoking is often inadvertently hilarious).

Mohit Suri's storytelling gets able aid from Devendra Murdeshwar's editing. The film has been adequately cut, especially the thriller portions and the scenes of violence.

Over the years, an important aspect of any Mohit Suri film has been the soundtrack. This time, Suri has used five composers for five songs and, mercifully, we are spared Bollywood's onging remix/recreation fetish. But surprisingly, the music of "Malang" hardly contributes to the film. You would be struggling to recall any of the songs beyond the title track.

Aditya Roy Kapur is either in beach mode (when he is frolicking with Disha Patani in or around the Goan party circuit) or in the beefcake mode (when he is gunning for vengeance in a red hoodie). The action avatar is clearly Aditya's attempt at an image makeover and, although imagined with over-the-top absurdity, the actor does a fine job portraying Advait. For Disha Patani, this is her strongest role yet, and she is impressive in the way she retains the allure about her character.

For Kunal Kemmu, this is his most remarkable act since his child artist performance in 1998's "Zakhm" -- which says a lot about how underutilised the actor has remained over the years. Essaying a character that metamorphoses quietly into a totally different human being, Kunal admirably blends complex emotions with understated ease.

Like most of Mohit Suri's protagonists over the years, the characters of "Malang" are all temperamentally quirky and morally flexible, which makes them interesting to watch. The problem is elements of formulaic familiarity seem to have crept into Mohit Suri's idiom of filmi fiction. From "Zeher" and "Kalyug" to "Crook", "Murder 2" and "Ek Villain", you have seen this patented worship of immoral swag once too often by now. "Malang" only gives a new twisted push to the idea.