Motichoor Chaknachoor trailer: Nawazuddin Siddiqui-Athiya are desperate to get married in this rom-com

A lot of Bollywood films have been made on unconventional marriages and now Nawazuddin Siddiqui-Athiya Shetty starrer Motichoor Chaknachoor has joined the group. The makers have dropped the trailer of this crazy rom-com that is sure to tickle your funny bone. 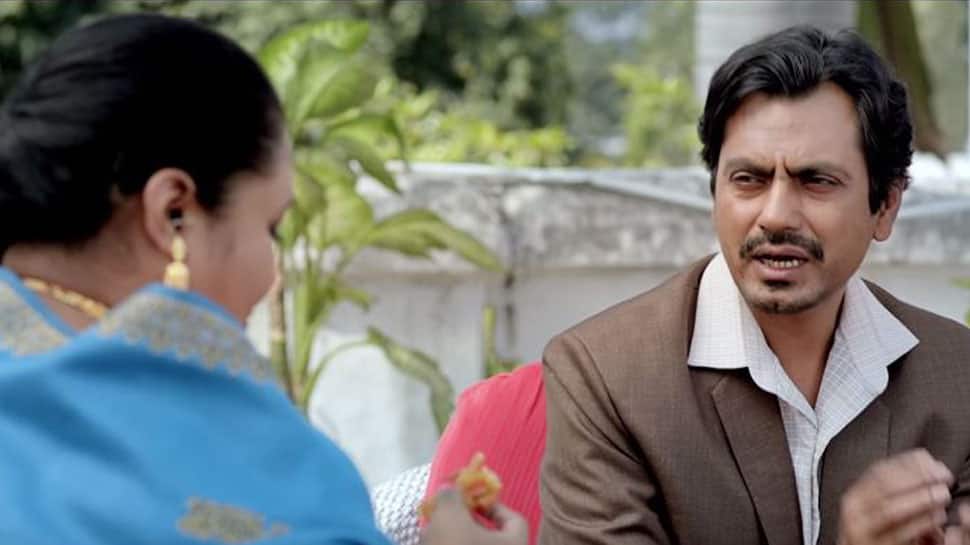 New Delhi: A lot of Bollywood films has been made on unconventional marriages and now Nawazuddin Siddiqui-Athiya Shetty starrer Motichoor Chaknachoor have joined the group. The makers have dropped the trailer of this crazy rom-com that is sure to tickle your funny bone.

The trailer opens with a middle-aged Nawazuddin Siddiqui as a Dubai-return guy is desperate to marry. After many failed attempts, he frees himself from reservations and declared that he would marry any girl irrespective of size, colour etc. Athiya, on the other hand, wants to get hitched to an NRI boy but not someone from 'small' countries like Dubai etc. As predicted, the two seekers meet each other and end up marrying as they both find their suitable partners in each other. Athiya as Annie marries him as she thinks her dream of living in a foreign country would finally get fulfilled. However, things take a wild turn when she discovers that Nawaz lied to her about his foreign job. Now only the film will reveal whether they will fall in love or end their marriage.

The trailer is a laugh riot and any middle-aged man struggling to find his suitable match would definitely relate with Nawazuddin's character.

Motichoor Chaknachoor would be Athiya's third Bollywood film after her debut Hero and Mubarakan failed to make a mark.

Directed by Debamitra Hassan, Motichoor Chaknachoor is all set to hit the screens on November 15.