No one questioned when I played college girl at 30: Taapsee Pannu on 'Saand Ki Aankh' criticism

Taapsee, however, looks at the debate from another point of view. 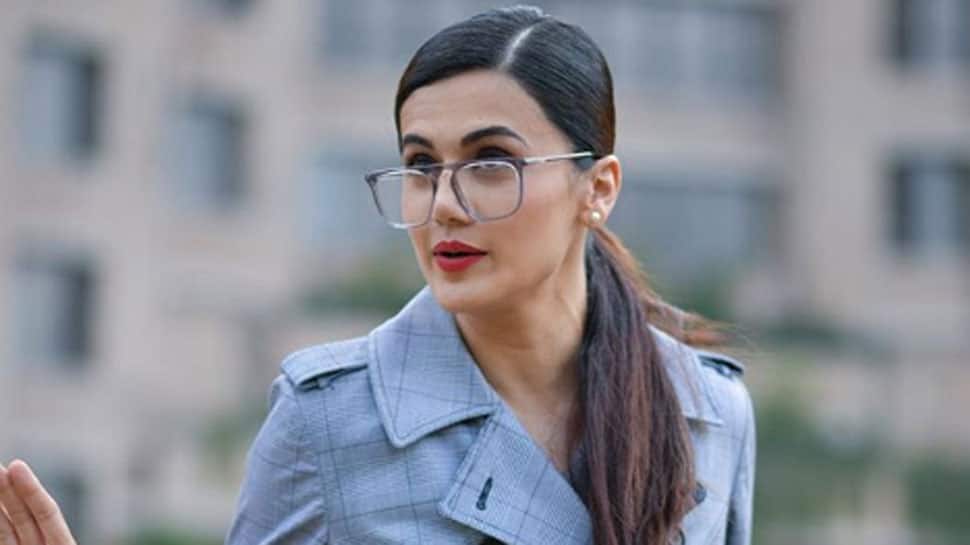 Mumbai: Taapsee Pannu says she was surprised at the criticism the first look poster of "Saand Ki Aankh" received as she and her co-star Bhumi Pednekar had an amazing time taking on the characters which required them to be "double" their age.

The film chronicles the story of world's oldest sharpshooters Chandro and Prakashi Tomar and feature Taapsee and Bhumi in the lead.

The poster was criticised for casting two young actors to portray 60-year-olds and not women closer to the age of the sharpshooters.

Taapsee, however, looks at the debate from another point of view.

"I was pretty surprised and laughed at it thinking, no one questioned me when I played a college girl at 30. Nobody questions when these big actors portray college characters being triple the age. At that time nothing happens," Taapsee told PTI.

The "Badla" star says people should appreciate her and Bhumi for choosing to portray older characters at prime of their careers.

"It's so strange that two actresses, at the prime of their careers, decided to look more than double their age, where today an actress always wants to look younger and younger. We decided to look double the age. Instead of appreciating it, people are finding issues with it."

The actor says she later got to know from her producer that senior actors were also approached for the role "but they felt it's too off beat a film."

"It might not be mainstream enough for them to do, so they didn't do it. For me it was a kickass story and I wanted to do it.

"I really want to see the same people questioning me when I am going to portray a college girl soon. I'm far away from college now. Then let's see the trolling," she adds.

Taapsee will be next seen in Ashwin Saravanan's "Game Over". The Hindi version of the home-invasion psychological thriller will release on June 14.

'Lion King' Hindi trailer to be attached with 'Bharat'