No room for stress with Akshay Kumar on board: 'Mission Mangal' director Jagan Shakti

'Mission Mangal' has opened to good numbers at the box office, and the film's debutant director Jagan Shakti is garnering praise. The filmmaker says the skill and professionalism of his multistar-case, headed by superstar Akshay Kumar, is the reason he never felt stress on the set. 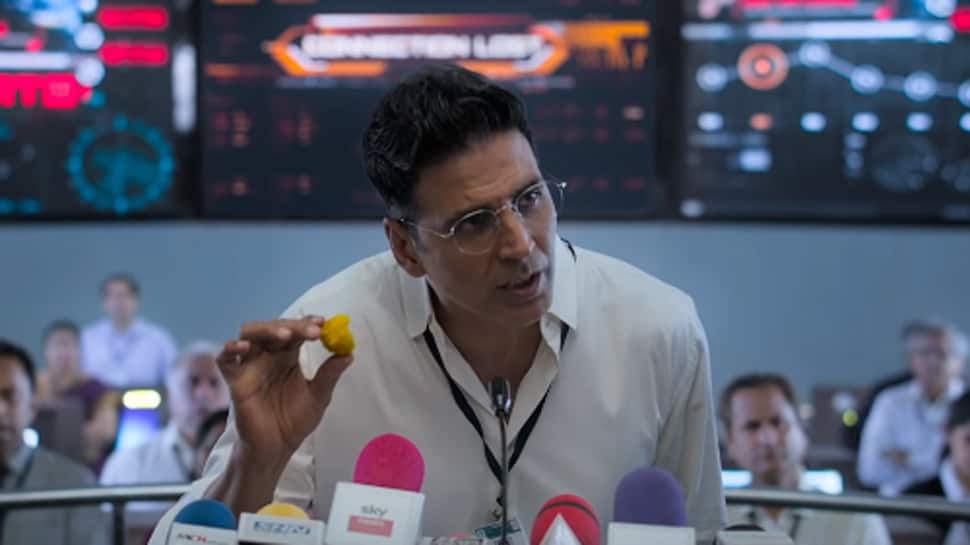 Mumbai: 'Mission Mangal' has opened to good numbers at the box office, and the film's debutant director Jagan Shakti is garnering praise. The filmmaker says the skill and professionalism of his multistar-case, headed by superstar Akshay Kumar, is the reason he never felt stress on the set.

"When Akshay Kumar is on board for a mission -- especially for a big project as this -- there is no room for stress. There is only hard work and happiness because he has such a great sense of humour and commerce to make a film work. In fact, every actor of the project gave their full commitment so I had no worries while handling such a big star cast," Jagan told IANS.

"Since the story emerged from a conviction, as a film director I only focused on delivering the best. The cast did not treat me as a newcomer and I also worked as a regular filmmaker," he added.

Akshay stars in 'Mission Mangal' along with Vidya Balan, Sonakshi Sinha, Taapsee Pannu, Nithya Menen, Sharman Joshi and HG Dattatreya, and with a subject like ISRO's Mars Orbiter Mission of 2013, Jagan said he had everything a debutant filmmaker in Bollywood could look for.

Recalling how he was inspired to make the film, Jagan said: "After the success of the Mangalyan project in 2013, I saw a picture of the group of female scientists who made the mission a success in the newspaper. I felt guilty. My sister is a scientist and she has been a part of many such research works but I never looked at her as the extraordinary person she is. She balances her house and her career with such efficiency, and there are so many women out there doing the same silently. The idea (to make the film) came from there."

The story of 'Mission Mangal' is based on Indian Space Research Organisation (ISRO)'s Mars Orbiter Mission, which was executed by a primarily all-women team of scientists in 2013. Every character in the film hails from a middle-class background and went on to create history.

"If we look at some of the biggest achievers in the world -- achievers as Sachin Tendulkar or late scientist APJ Abdul Kalam -- they were mostly common people whose work and talent made them extraordinary. So, I believe it is efficiency that sets an individual apart from the crowd. We all face difficulties when we dream big, but a person becomes an achiever when he or she does not give up in a tough situation. My film encapsulates all these thoughts and tries to encourage people to excel," shard the film director, who has earlier worked as an assistant director in films such as 'Padman', 'Holiday', 'Dear Zindagi', 'Ki & Ka' and 'Shamitabh'.