Nora Fatehi had to leave promotions of her upcoming film 'Batla House' midway. 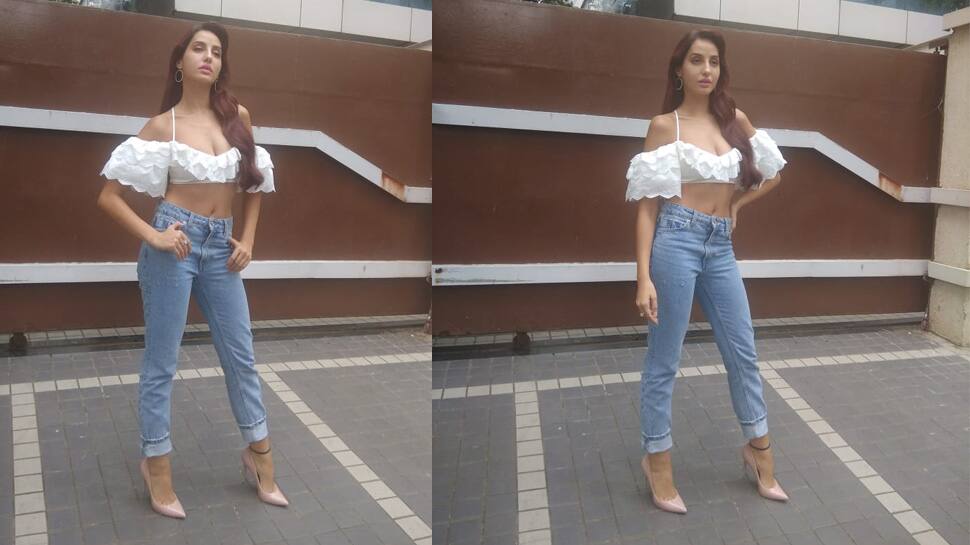 New Delhi: Bollywood actress Nora Fatehi is in the limelight these days because of her recently released song 'O Saki Saki'. The song, that was unveiled on July 15 took the internet by storm and was loved by fans. It is a part of the film 'Batla House', which will hit the silver screens next month. Nora is promoting her upcoming film with full enthusiasm however, as per the latest updates, the actress had to leave the promotions midway as she isn't well.

The actress had various interviews scheduled in Mumbai which had to be canceled because of Nora's health. The 'Dilbar' girl has been suffering from high fever from the past few days but was still appearing for interviews in order to keep her work commitments. As per people close to her, she refused to take medicines for fever as she feels sleepy after them and she didn't want her work commitments to suffer.

However, she had to leave her film promotions in between because of the constant fever.

As per the sources, Nora also had rehearsals scheduled for her upcoming dance film 'Street Dancer' which will have to be canceled owing to her health.

Meanwhile, Nora's song, 'O Saki Saki' received a thumbs up from actor Sanjay Dutt. On the other hand, actress Koena Mitra wasn't too pleased with the remake. She did, however, praise Nora and called her a 'Stunner' on social media.

The film 'Batla House' is slated to release on August 15.