In the video, Nora can be seen wearing a stunning neon pink saree in which she looks absolutely breathtaking. Govinda is also dressed in a light pink jacket and pants which he wore with a plain white t-shirt. 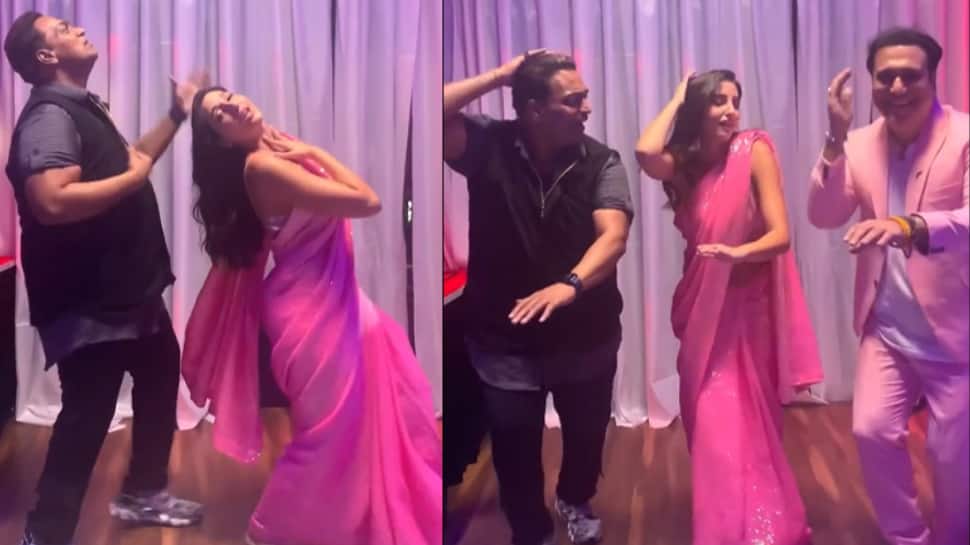 New Delhi: Actress-dancer Nora Fatehi's much awaited dance number ‘Zalima Coca Cola’ from ‘Bhuj: The Pride of India’ will be released on Wednesday (July 27). One day ahead of the much anticipated song release, the ‘Dilbar’ girl shared an amazing video of herself, recreating the hook step of the song with ace choreographer Ganesh Acharya and later is joined by actor Govinda, who adds his signature dance move to the peppy number.

Watch the amazing video shared by Nora on her Instagram:

The actress also opened a contest of recreating the hook step for her fans before the song's release. “While we wait for the official video to release… lets Start the hook step challenge featuring the legends themselves @ganeshacharyaa @govinda_herono1 Full song out July 28th!Lets GO #Zaalimahookstepchallenge #dancewithnora @tseries.official @shreyaghoshal @tanishk_bagchi,” wrote Nora.

In the video, the actress can be seen wearing a stunning neon pink saree in which she looks absolutely breathtaking. Govinda is also dressed in a light pink jacket and pants which he wore with a plain white t-shirt.

Nora had earlier shared the teaser of the song on her Instagram, which was showered with love by her fans.

Zaalima Coco Cola is composed by Tanishk Bagchi and sung by Shreya Ghoshal.

Nora will be playing Heena Rehman, a patriot in Abhishek Dudhaiya’s directorial venture. Actor Ajay Devgn, who is also the producer of the film, introduced Nora’s character with a teaser.

“Fierce & Bold She will cross any limit to protect her country Presenting @norafatehi as Heena Rehman! #BhujThePrideOfIndia releasing on 13th August only on @disneyplushotstarvip,” wrote Ajay on his Instagram post.