The recreated version has been sung by Neha Kakkar, Tulsi Kumar and composed by Tanishk Bagchi. 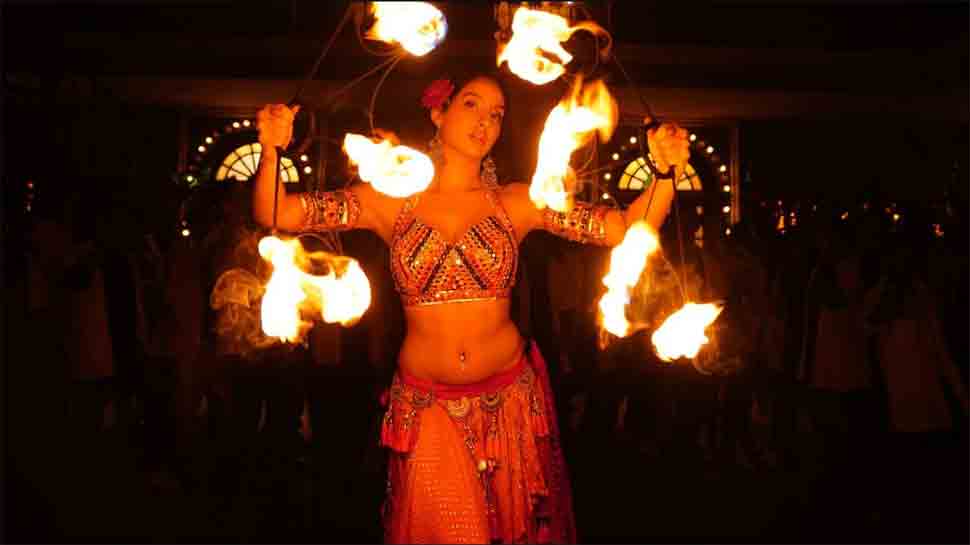 New Delhi: The second song from John Abraham's Batla House is out and Moroccan beauty Nora Fatehi is seen flaunting her belly and dancing in the number like a pro she is. Although the song failed to match up to the original from 'Musafir', that featured Koena Mitra, Nora stole the show with her fiery scintillating moves in the reprised version.

In the remixed version, Nora is seen burning the dance floor with her sizzling belly dance. She announced the release of the song with a beautiful note on Twitter which received major attention all over. Her post invited comments and reactions from celebrities, including her 'Street Dancer 3D' co-star Varun Dhawan.

Varun replied to Nora's post hailing her for her work in the song. And it was followed by an interesting reply from Nora. Varun wrote, "Great job Nora ur hard work and dedication always shines ."

The glamour siren expressed her gratitude thanking Varun for praising her and posed a hook step challenge to him. "Thank u now i need to make u do the hook step," she wrote.

Nora had garnered enough attention because of her super-steamy performance in the song 'Dilbar Dilbar' in 'Satyamev Jayate', which was recreated from Sushmita Sen's original track in 1999 released 'Sirf Tum'.

Speaking of 'Saki Saki', it has been recomposed by Bollywood's king of recreations Tanishk Bagchi and sung by Neha Kakkar and Tulsi Kumar. The original track by composers Vishal-Shekhar was sung by Sunidhi Chauhan and Sukhwinder Singh.

Nora will next be seen in 'Street Dancer 3d', a dance drama which also stars Varun and Shraddha Kapoor. It is directed by Remo D'Souza and produced by Bhushan Kumar under T-Series. The film is a sequel to 2015 released 'ABCD 2' and is slated to release on January 24, 2020.