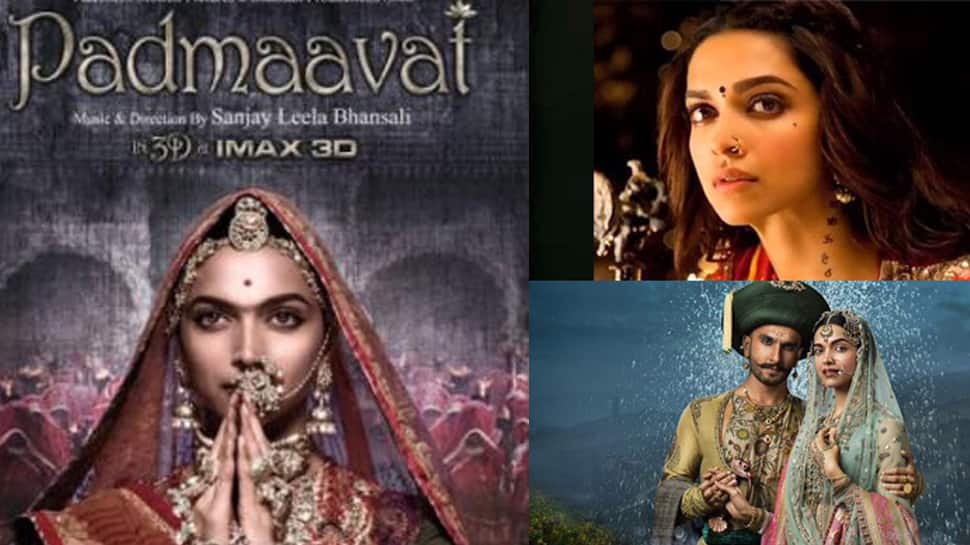 New Delhi: Sanjay Leela Bhansali's magnum opus Padmaavat has been surrounded by a myriad of controversies since its announcement.

The movie was initially slated to hit the screens on December 1, 2017, but the release had to be deferred to January 25, 2018. While protests against the film are still on-going, here are some other Bollywood films that faced similar protests:

This historical drama film was also helmed by Sanjay Leela Bhansali who faced problems with the film's release. The movie starred Ranveer Singh as Maratha Peshwa Bajirao, Deepika Padukone as Mastani and Priyanka Chopra as Kashibai.

SLB faced criticism from protestors over distortion of facts in name of creative expression. The song 'Pinga' was objected to by the descendants of the Peshwas, who claimed that Mastani and Kashibai never came across each other in the manner as shown in the film. The movie released on December 18, 2015.

The movie starred Ranbir Kapoor, Anushka Sharma, Aishwarya Rai Bachchan in the lead roles and Pakistani actor Fawad Khan had a pivotal part to play in the narrative. However, ahead of it's release, the film faced massive protests demanding a ban on it. In light of Uri attacks of September 2016, the movie was strongly opposed by the Maharashtra Navnirman Sena (MNS).The cinema halls which planned to screen the film received threats. Finally, filmmaker Karan Johar had to issue an apology and clarify that the film holds nothing objectionable. And reportedly, Fawad's scenes were chopped at the last minute.

Helmed by Ashutosh Gowariker, the movie revolved around Mughal emperor Akbar and Rajput Princess Jodhaa Bai's love story. The Shri Rajput Karni Sena had claimed that facts were incorrectly shown in the film.

My Name is Khan

The movie was about what it meant to be a Muslim in a post the 9/11 attacks in New York. The lead actor in the film, Shah Rukh Khan, had passed a comment that had sparked the controversy. When no Pakistani players were selected in the draft of the Indian Premier League (IPL), SRK, who owns a team, said that some should have been included. Shiv Sena demanded an apology from SRK arguing that the superstar had insulted Mumbai and threatened to disrupt movie openings.

The title of the movie offended some people as it was based on the name 'Ram'.  An FIR against Sanjay Leela Bhansali (the director), Deepika Padukone (Leela) and Ranveer Singh (Ram) was also filed for the same.

The movie was marred in controversy owing to its content. Protestors claimed that the film was 'anti-Tamil' as it portrayed Tamilians as terrorists. The movie released on August 23, 2013. It starred John Abraham and Nargis Fakhri in lead roles.

The problem with this movie wasn't its title or alleged distortion of facts. The problem was the theme of the movie and makers were asked to make changes, altering any reference to Punjab in the film. The movie was based on the excessive use of drugs in the state of Punjab and sparked numerous controversies. The movie was helmed by Abhishek Chaubey and starred Shahid Kapoor, Kareena Kapoor Khan, Diljit Dosanjh and Alia Bhatt in lead roles.

The Indian Air Force and Union Home Ministry had objected to the film release claiming that they had been wrongly portrayed. Some portions of the film were demanded to be cut. The film's release had to be postponed owing to its controversies.

Owing to the movie's take on religion, it was protested upon by various religious groups. However, once released, the movie was received positively by the audience. PK told the story of an alien who comes to earth and gets stuck on the blue planet. His only way out, to his home planet, is by finding his lost remote control so that he can call his friends. Aamir Khan played the lead role of an alien in the film.

Based on the life of south Indian actor Silk Smitha, the movie was protested upon by Silk's brothers who had a problem with the film's poster. A notice was sent to the makers of the movie. The movie starred Vidya Balan in the lead role.