Team Kangana Ranaut shared a picture of the 32-year-old actor on Instagram where she is seen patiently sitting and enjoying her feast. 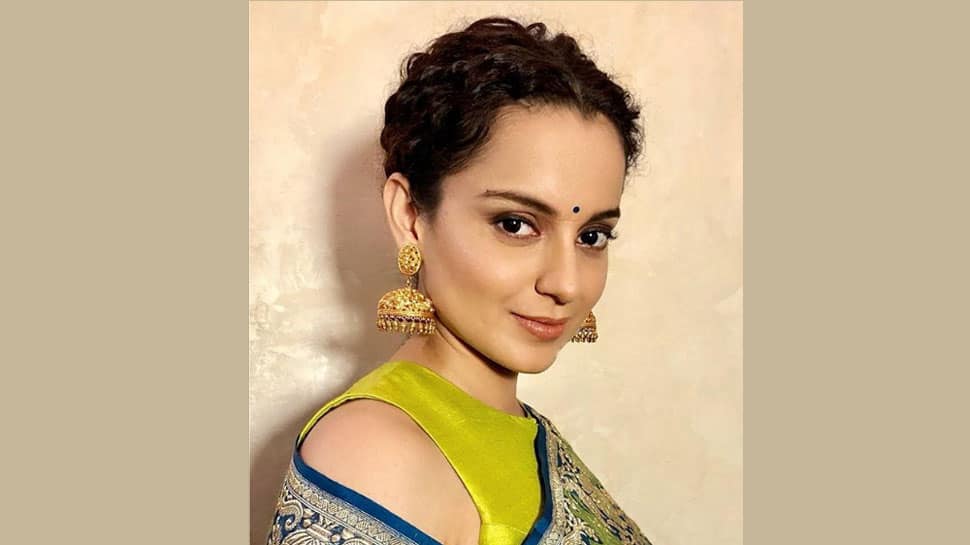 New Delhi: Kangana Ranaut gets rewarded for working hard on her character as a Kabaddi player for her next release 'Panga'. The actor received some mouth-watering dishes from "Team Panga" after she faired well in kabaddi practice sessions.

Team Kangana Ranaut shared a picture of the 32-year-old actor on Instagram where she is seen patiently sitting and enjoying her feast.

A tired and hungry Kangana can be seen relishing the South Indian food post her shoot.

"There's nothing better than the company of Anna and South Indian food for Kangana Ranaut. Here, she can be seen relishing a good meal in the company of Team Panga. They made it all happen for her 'caus she played really well in her Kabaddi matches. Panga."

Earlier, the makers of the film shared a picture of the 'Gangster' actor giving us a sneak peek into the film. Ashwiny Iyer Tiwari, the director of the film, shared a monochrome behind-the-scenes picture of the actor on Twitter, where the latter is seen sweating it out with her co-actors.

The upcoming sports film will feature Kangana as a Kabaddi player along with Punjabi singer Jassie Gill, Neena Gupta, and Richa Chaddha.

The Delhi schedule of the film was wrapped up earlier in April after which the team headed for their journey to Kolkata.

The sports drama will hit the big screens next year on January 24.

Kangana was last seen in 'Manikarnika: The Queen of Jhansi'. She is now awaiting the release of 'Mental Hai Kya' alongside Rajkummar Rao, which will hit the theatres on July 26.