'Panga' movie review: Kangana Ranaut and cast shine in a film you easily fall in love with

"Panga" is effectively shot. The film reiterates the idea that it is never quite too late to start chasing your dream -- which gives it instant winnability. 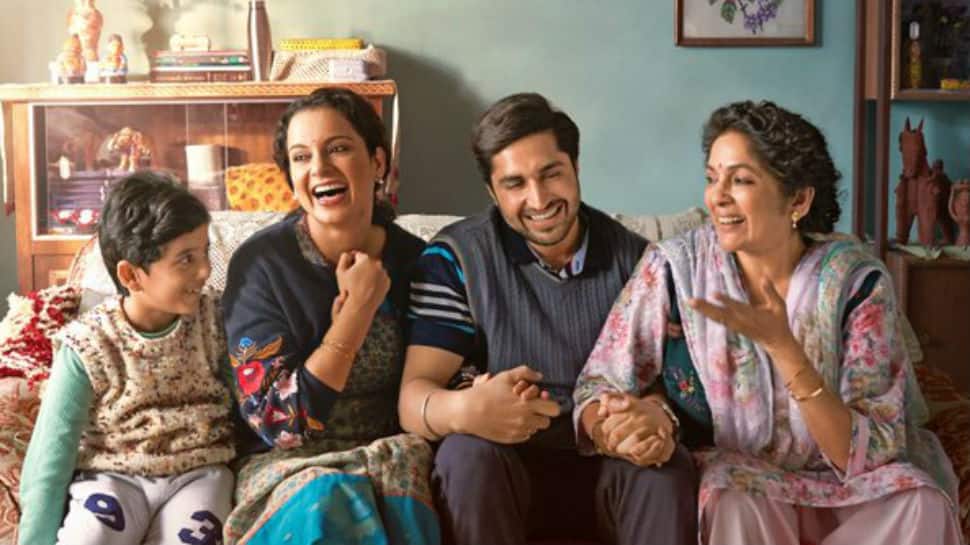 "Panga" is the sort of film you easily fall in love with. It has a stellar cast in fine form, is directed by a filmmaker who knows her business of storytelling only too well, and it manages to deliver a topical comment without getting too preachy about it. It is an entertaining film that effortlessly reaches out to the wider audience, and at the same time doesn't lose connect with basic cinematic aesthetics.

In short, "Panga" ticks all the boxes a good Bollywood mainstream film should.

Co-writer and director Ashwiny Iyer Tiwari's third film underlines what we had realised after "Nil Battey Sannata" and "Bareilly Ki Barfi" -- she is one of the most exciting filmmaking brains in new-age Bollywood.

Just as her past efforts, Tiwari once again takes to a smalltown milieu to draw a plot and characters. Moving out from Agra and Bareilly, she has settled on Bhopal this time. We are introduced to Jaya Nigam (Kangana Ranaut), who blissfully balances a doting husband and son with her job as a railway ticket clerk.

Nitesh Tiwari's screenplay establishes Jaya's extraordinary past with a few quick scenes at the very outset. She was a star kabaddi player who even captained India once, before she gave it all up for marriage and motherhood.

Jaya may believe she is happy with her current life but her passion for kabaddi still lurks subconsciously somewhere within. The fact is conveyed in a brilliantly-written scene right at the start where, deep in sleep, she literally throws her husband (Jassi Gill) off the bed with a barrage of kicks.

Twist in Jaya's tale comes when her little boy discovers she had given up her dream to raise him. His innocent insistence that she must try for a comeback in the sport sounds crazy to Jaya at first, but it soon begins to take shape of a reality that can be realised.

Ashwiny Iyer Tiwari has successfully served up an inspirational package. Watching Jaya's gradual comeback take shape despite the hurdles in the way, you understand this film is trying to work the same way a motivational pep might be doing, to anyone chasing a dream that might seem impossible. Credibly, too, the narrative imparts its message of womena¿s empowerment without in-your-face vibes.

What comes across as a downer of sorts is the film's lack of genuine apanga' moments, despite the realism that sustains its plot and characters, "Panga could have done with a few strong conflict points. Essentially, what you get is feel-good portrait of struggle. Everything and everybody in this film seems so nice at all times. Jaya is nice, so are her husband, kid and mom. Her best friend is nice and so are the coaches, selectors, even rival players within the team.

The lack of ample grey shades also deprives the script of desired depth. As it is, films centred on sports can be predictable in the way they unfold the struggle, rise and ultimate glory of the sportsperson protagonist. "Panga" is no exception.

Such warts, however, are covered up easily by the film's brilliant cast. Kangana Ranaut shines above all in an author-backed role, balancing with aplomb the various streaks that define Jaya -- from being an overprotective mother and caring wife to the quietly resilient sportsperson out chasing an impossible comeback. Jaya is a nuanced mix of emotions, and Kangana relishes playing out every detail.

While Jassie Gill essays Jaya's husband with an understated quality, child actor Yagna Bhasin is simply outstanding as her son. Richa Chadha, as Jaya's best friend and comeback mentor, and Neena Gupta as her mother add value to the narrative despite minimal footage.

"Panga" is effectively shot, with Jay I Patel's camera complimenting the overall mellow tone of the film, although the editing (Ballu Saluja) could have been tighter in places. The film reiterates the idea that it is never quite too late to start chasing your dream -- which gives it instant winnability.