Ashutosh Gowariker's 'Panipat' stars Arjun Kapoor, Kriti Sanon and Sanjay Dutt in the lead roles. It is based on the third battle of Panipat fought in 1761 between the armies of Sadashiv Rao Bhau and Ahmad Shah Abdali 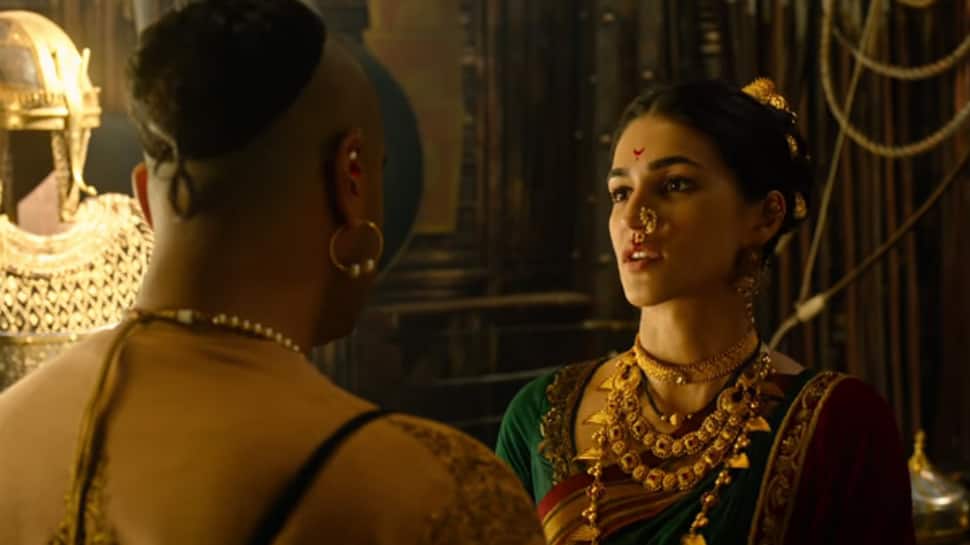 Ashutosh Gowariker's Panipat brings alive a story of betrayal, loss, and valour. The filmmaker has made a brave choice in this regard and succeeds in delivering a film that is high on action, drama and emotions.

The film showcases the might and valour of the Peshwas and how! However, Gowariker does take cinematic liberties in 'Panipat' and tweaks a few details to put a smile on the audience's face.

The plot, as we are aware, is based on the third battle of Panipat fought in 1761 between the armies of Sadashiv Rao Bhau and Ahmad Shah Abdali. The film delves into the intricacies of the historical battle and is a tribute to the Maratha warriors who died protecting their land, their soil.

Sadashiv (essayed by Arjun Kapoor) is a fearless warrior who not only fights off danger but hunts it down and extinguishes it before it can harm his fellow countrymen. He has a strict moral code, and like every Maratha warrior will choose to die rather than surrender. He is wholly dedicated towards protecting the empire and is loyal to his Peshwa, Nana Saheb, without any greed for the throne.

When Abdali's forces threaten the stability of the kingdom, Sadashiv embarks upon a journey to stop him before it gets too late. His wife, Parvati Bai (played by Kriti Sanon) accompanies him on his expedition.

The first half of the film is largely dedicated to Parvati and Sadashiv's relationship and the political imbroglio within their palace. However, it appears dragged as it is only after an hour that we get to see a situation of battle forming up. The build-up, however, has a positive effect in the second half because there is an emotional attachment with the characters.

It takes some time getting accustomed to seeing Arjun in the garb of the valiant Sadashiv. But considering this is his first period-drama, he has done justice to his role. With his muscular body, shaved head, radiant eyes and powerful voice, he gives the vibes of a true warrior in a few dramatic sequences.

The surprise package in the film is Kriti Sanon as she delivers a spectacular performance as Parvati Bai. She has love in her eyes for Sadashiv, respect for Nana Saheb Peshwa, anger for the Mughals and fear for her empire. The actress will make you laugh, cry at the same moment sitting on the edge of your seat when she picks up the sword.

Sahil Salathia as Shamsher Bahadur and Kunal Kapoor as Shuja-Ud-Daula have also aced their respective parts.

Costumes and dialogues are the life of any period-drama and 'Panipat' comes close to perfection in these areas.

The war sequences are sheer brilliance and will keep you glued to the screen.

To sum up, the film is a great effort by Gowariker and deserves to be watched for some impeccable performances and adrenaline-pumping action. However, it does fall short in creating the magic of epic saga 'Jodha Akbar'.