While the first look posters of 'Bharat' left us all intrigued, it got a 'cool' reaction from renowned Hollywood model-singer-actress-fashion designer Paris Hilton! New Delhi: Superstar Salman Khan's 'Bharat' first look poster created ripples on social media as soon as it was unveiled. The poster had 'Bhai' rocking the salt and pepper look and took the excitement level of the film up a notch. A day after sharing the first poster, Salman took to Instagram and unveiled the second poster of the film in which he is seen in a young avatar. The posters have been going viral on social media since then and fans can't stop going gaga over the versatality of the actor.

While the first look posters of 'Bharat' left us all intrigued, it got a 'cool' reaction from renowned Hollywood model-singer-actress-fashion designer Paris Hilton!

Hilton left a cool emoji on Salman's Instagram post and fans couldn't be more thrilled for the actor. 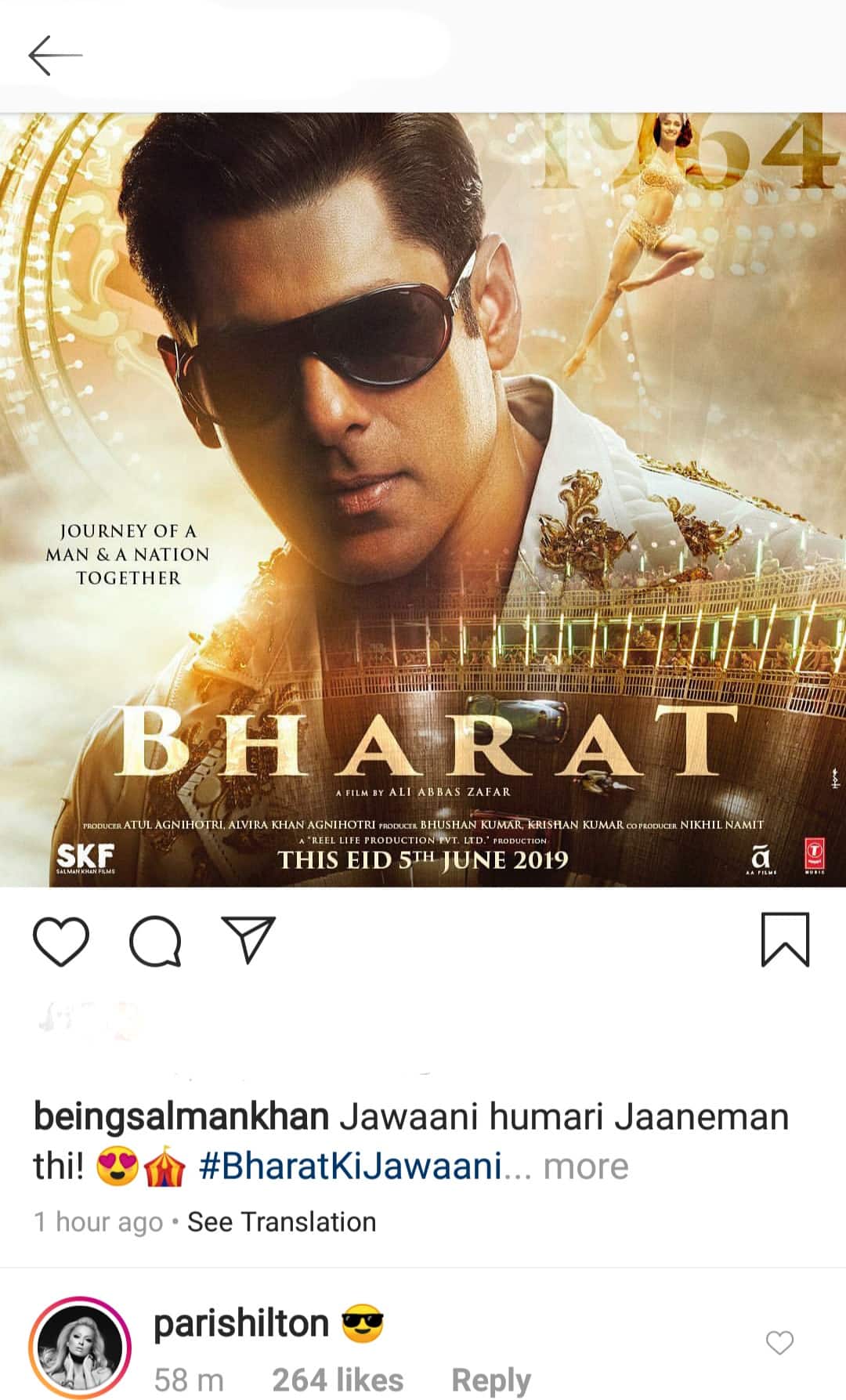 Coming back to the film, it is slated to release on June 5 this year and is one of the biggest releases of 2019. 'Bharat' also has Katrina Kaif, Disha Patani, Sunil Grover, Tabu, Nora Fatehi and Varun Dhawan to name a few on board.

The film has been making headlines ever since its inception and is helmed by ace filmmaker Ali Abbas Zafar. It therefore marks Salman, Katrina and Ali's reunion after 2017 blockbuster 'Tiger Zinda Hai'.