Prabhas, Shraddha Kapoor keep it casual as they step out to promote 'Saaho' — In Pics

'Saaho' is directed by Sujeeth and produced by UV Creations and T-Series. It has been shot simultaneously in Hindi and Telugu.

New Delhi: Prabhas and Shraddha Kapoor starrer 'Saaho' is one of the most anticipated movies of the year. The film will mark the debut of Prabhas in Hindi cinema and Shraddha's in Telugu film industry. The makers recently dropped the first official trailer of the action-adventure on the internet and it received a lot of appreciation from all corners.

And now, after the grand trailer launch of 'Saaho', the lead actors have been extensively promoting the film across the country. On Monday, the duo promoted their film at a plush hotel in Juhu. For the event, the 'Baahubali' star opted for a blue tee and white shirt with denim while Shraddha donned a monochrome look with a white shirt and black trousers. 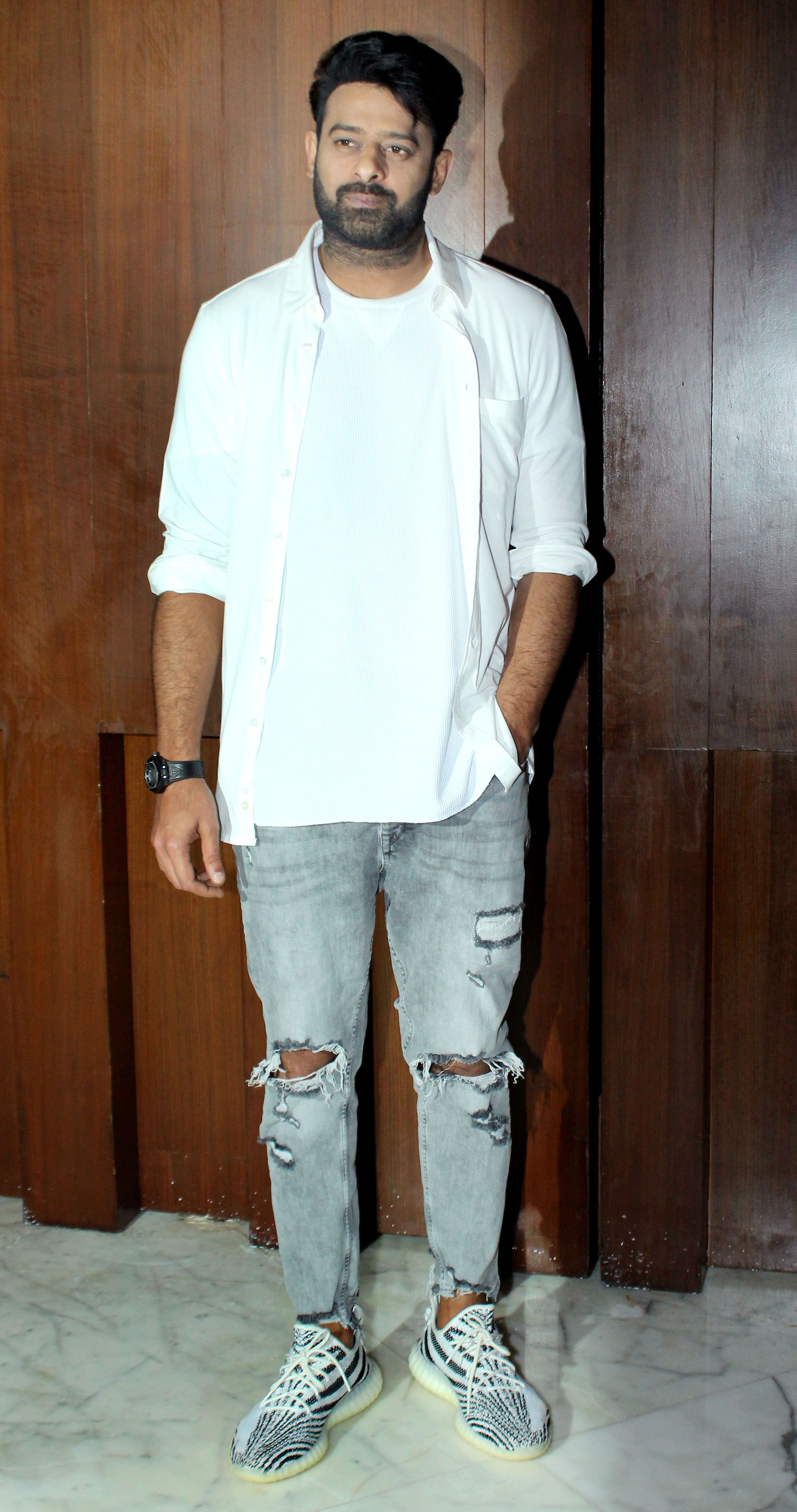 'Saaho' is all set to arrive in theatres on August 30, a fortnight after it was originally scheduled for, due to a delay in post-production related work. It has therefore averted a Box Office clash with Akshay Kumar's 'Mission Mangal' and John Abraham's 'Batla House', both of which are being released on Independence Day.

'Saaho' is directed by Sujeeth and produced by UV Creations and T-Series. It has been shot simultaneously in Hindi and Telugu. Apart from Prabhas and Shraddha, the film also features Jackie Shroff, Neil Nitin Mukesh, Arun Vijay, Vennela Kishore, Evelyn Sharma, Chunky Pandey, Mandira Bedi, Tinnu Anand among others.