Manisha, who will be seen as 'Saroj' in the film, has been introduced as the 'Queen' who wears courage as her crown. 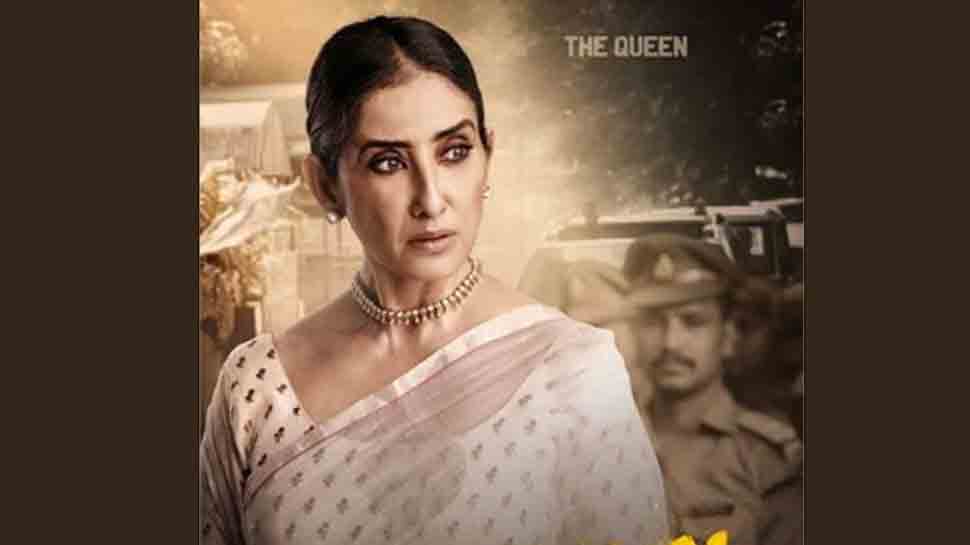 New Delhi: The makers of upcoming political-drama 'Prassthanam' have been extensively promoting the film across the country. From sharing the first official teaser and trailer to revealing the look posters of the character, they have been making sure to leave no stone unturned to make sure that the film trends on all platforms.

After sharing the first look posters of Sanjay Dutt, Jackie Shroff and Ali Fazal, the official Twitter page of 'Prassthanam' unveiled the first look of Manisha Koirala on social media. Manisha, who will be seen as 'Saroj', was introduced as the Queen who wears courage as her crown.

Like her co-stars, Manisha too is seen carrying a serious, intense look on her face. Dressed in a white printed saree and a royal necklace, and her hair tied into a low bun, Manisha looks ready to surprise her fans with her royal look. We can also see a few cops and some police vehicles in the backdrop.

Directed by Deva Katta, 'Prassthanam' a remake of 2010 Telugu film of the same name. The film is produced by Manyata Dutt under her own banner Sanjay S Dutt Productions. It also features Chunky Pandey and Amyra Dastur in lead roles. The film revolves around a politician Baldev Pratap Singh, played by Sanjay and relations prevailing in his family.