Priyanka Chopra and Parineeti welcomed the weekend by partying all night 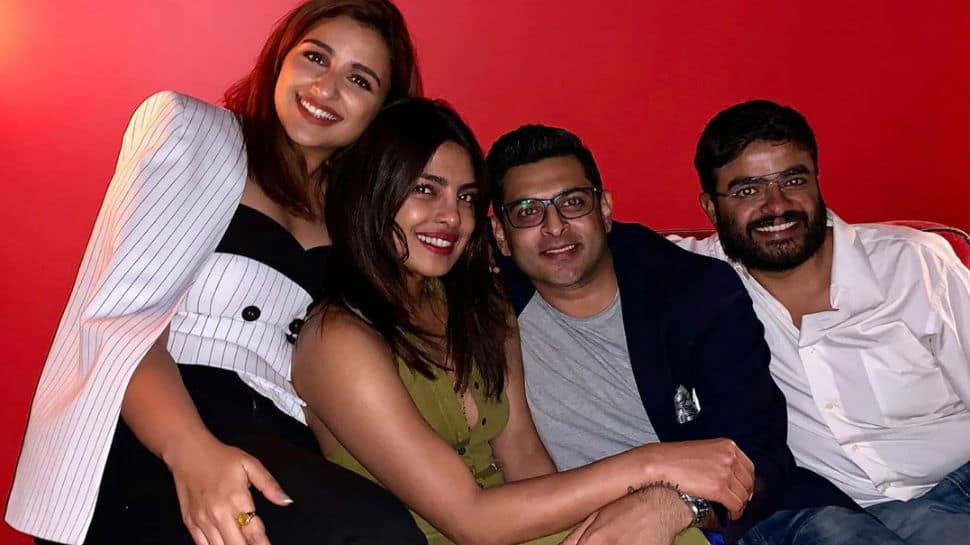 New Delhi: How the Chopra sisters - Priyanka and Parineeti - spent their Friday night in Mumbai? We'll tell you how. Priyanka, her brother Siddharth and cousin Parineeti partied all night with a close friend. Yes, we have proof.

Parineeti just shared a picture from last night and revealed that they partied from 10 pm till 10 am. "FAM JAM BAM WHAM!! Party start time: 10 pm. End time: 10 am. Coffee Budget," read the actress' caption for the photo.

The post features Priyanka sandwiched between Parineeti and others. She looks chic in a green outfit while Parineeti opted to wear a pantsuit.

Take a look at the picture here.

Priyanka arrived from the US earlier this week. She shuttles between India and the US frequently due to personal and professional commitments. The actress is married to American singer Nick Jonas.

On the work front, the 36-year-old actress will next be seen in the Bollywood film 'The Sky Is Pink', in which she co-stars with Farhan Akhtar and Zaira Wasim.