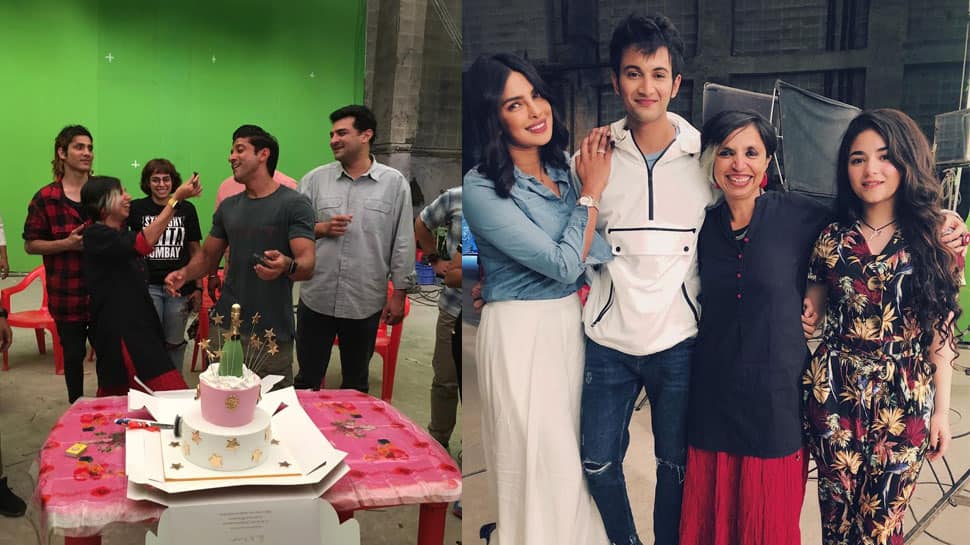 New Delhi: Desi girl Priyanka Chopra and Farhan Akhtar starrer 'The Sky Is Pink' filming has been completed and the entire team got together to celebrate the wrap-up. The movie has an interesting mix of actors.

Directed by Shonali Bose of 'Margarita With A Straw' fame, the movie stars Zaira Wasim and Rohit Saraf in pivotal parts. The filming is completed and the crew cut a cake with lead actors.

This will be Priyanka's first Hindi movie after marriage with international star Nick Jonas. She was last seen in Prakash Jha's 2016 release 'Jai Gangaajal'. Well, she was set to star in Salman Khan's ambitious venture 'Bharat' but had to leave it midway due to personal reasons.

The 'October' writer Juhi Chaturvedi has penned the dialogues for 'The Sky Is Pink'.

It is essentially a love story of the parents of motivational speaker Aisha Chaudhary, who was diagnosed with pulmonary fibrosis. It will be produced by RSVP and Roy Kapur Films.