PV Sindhu picks Deepika Padukone to play her on-screen, says she can play the game too

She became the first shuttler from the country to clinch a gold in the championship. 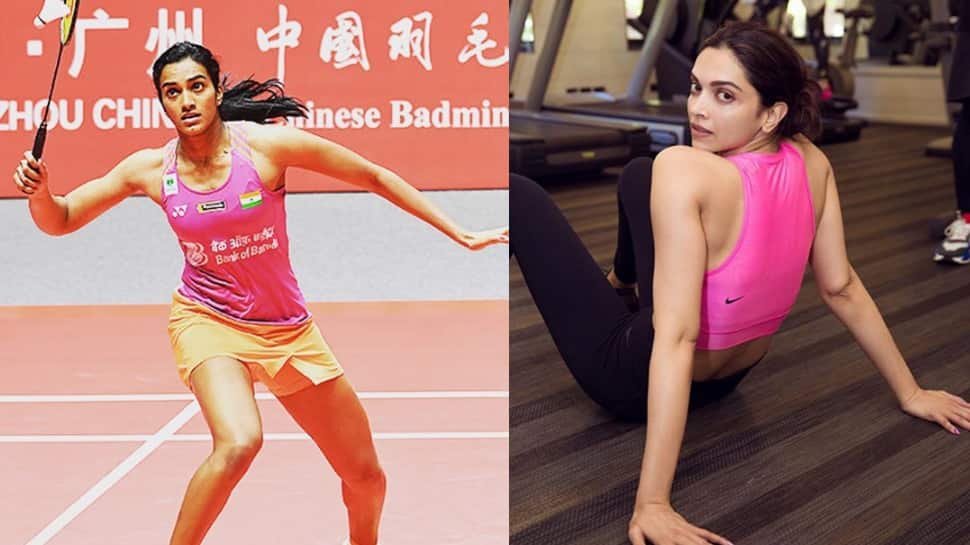 New Delhi: Badminton ace PV Sindhu made the country proud after winning gold in BWF World Championships in Basel, Switzerland. She became the first shuttler from the country to clinch a gold in the championship.

Congratulatory messages poured from all corners and PV Sindhu got a warm welcome back home as well. Prime Minister Narendra Modi even called her India's pride and shared pictures with the shuttler on Twitter.

India’s pride, a champion who has brought home a Gold and lots of glory!

Happy to have met @Pvsindhu1. Congratulated her and wished her the very best for her future endeavours. pic.twitter.com/4WvwXuAPqr

She had bagged a silver at Rio Olympics 2016.

Reports doing the rounds for quite sometime suggested that soon a biopic will be in place based on the life of Sindhu and actor Sonu Sood will be producing it. Nothing much has been revealed about the project so far.

In an interview with Hindustan Times, when quizzed about the female lead of the film, Sindhu quipped Deepika Padukone's name. She said, “Would definitely want Deepika Padukone to play the character. She had played the game and is a good actor too. But then the makers would take the final decision and I trust their decision.”

Deepika would be a perfect choice to play Sindhu on-screen.