Sonakshi Sinha, who made an impactful debut as Rajjo in the 2010 blockbuster 'Dabangg', had a special message for fans who cheered for her while shooting for the film's upcoming third part. 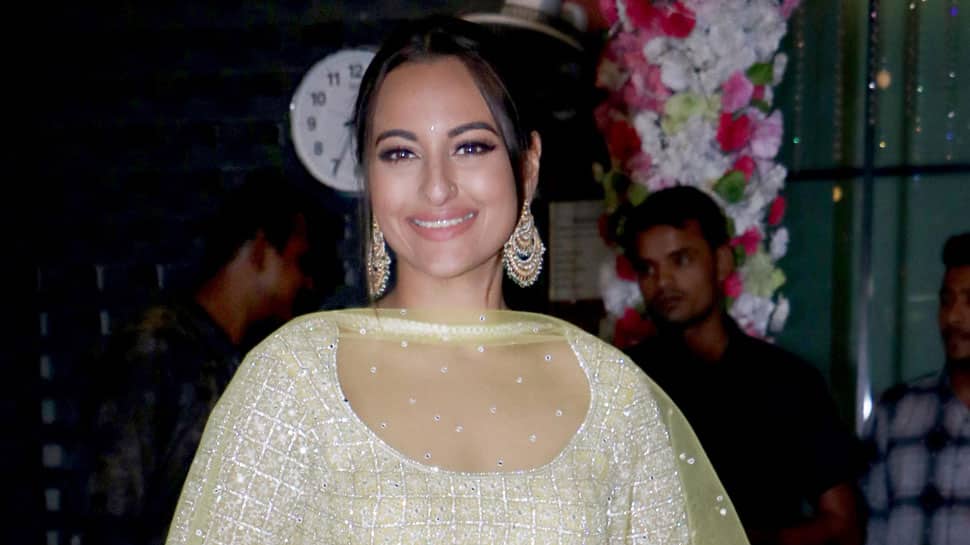 Mumbai: Actress Sonakshi Sinha, who made an impactful debut as Rajjo in the 2010 blockbuster, "Dabangg", had a special message for fans who cheered for her while shooting for the film's upcoming third part.

The actress took to Instagram story on Monday to share an update from the set of "Dabangg 3", in which she reprises her role as Rajjo.

In a short video, Sonakshi is seen walking towards a gate, surrounded by guards, and waving at fans who are thrilled to see her.

Last month, when she was asked what the audience can expect from "Dabangg 3", she said: "I think it will be fun because there is an element in the ‘Dabangg' series where artistes come and they do a song for the film. This time there will not be Munni in the song and there will be Munna in the song, so it will be a lot more fun."

"Dabangg 3" is produced by Salman Khan and Arbaaz Khan.

Meanwhile, Sonakshi is a busy bee on the work front. Even as she awaits the release of her next, "Khandaani Shafakhana", she flew out for a schedule of "Bhuj: The Pride Of India".

'Posham Pa': A violent thriller with an all-female cast