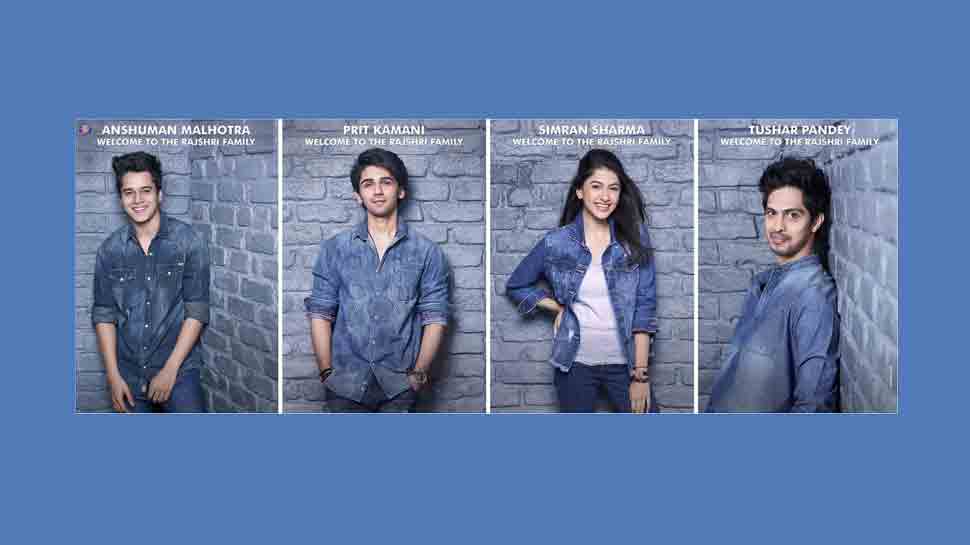 It is slated for an early 2019 release. Notably, it is Rajshri banner's 58th production. The movie explores the idea that in today's day and time where joint families are rarely seen, friends become family too.

In an anticipatory Twitter post, a poster was revealed where four characters were seen dabbing and hiding their face. Later, a trail of posters with character faces was introduced on Wednesday.

Producer Sooraj Barjatya told IANS: "Ever since Rajshri opened its doors, it has been home to many newcomers. We have taken pride in being the first platform for many actors, directors, music composers, singers and technicians. We take pride in introducing four more new faces in main roles to silver screen."

Dixit said it was decided from the start that they will cast new faces for the movie. "It was an extremely critical and tiring process but totally worth the effort. In any film, the story primarily reaches its audiences through the actors and therefore it`s imperative that the actor should be believable and embody the character that he/she is playing," he said, adding that instinct played a huge role in finalising the cast.

I focus more on character than genre: Sunny Deol