Set in the 1800s, the film is about a dacoit tribe who take charge in the fight for their rights and independence against the British. 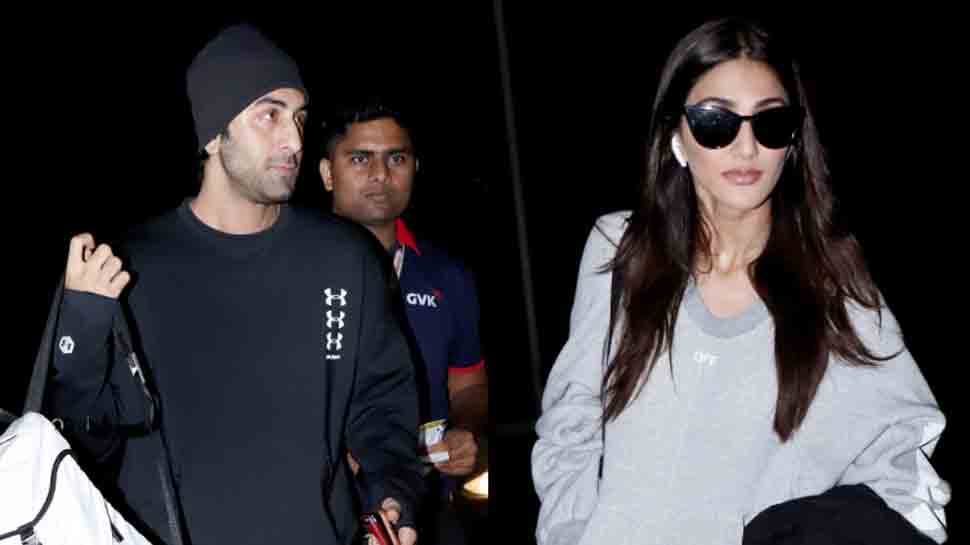 New Delhi: Actors Ranbir Kapoor and Vaani Kapoor, who will feature together in Karan Malhotra's upcoming directorial 'Shamshera', recently flew to an undisclosed location to shoot the next schedule of the film. Now, a DNA report has claimed that the duo jetted off to Ladakh on a 10-day schedule to shoot some crucial portions of the film.

The report said that apparently, the filmmaker was keen to add visual appeal to the film and hence chose Ladakh as the next shooting destination.

"Shamshera will have the most breathtaking visual experience that cine-goers have seen on screen. Director Karan Malhotra wanted to shoot some of the most crucial portions in Ladakh because it would add to the visual appeal of the film. Ranbir Kapoor and Vaani Kapoor left Mumbai a couple of days ago and will start shooting for the film today. Since the movie is looking to transport viewers back to a period, huge sets have been built to recreate an era where Ranbir is pitted against Sanjay Dutt," DNA quoted a source saying.

An action-adventure film, 'Shamshera' is directed by Karan Malhotra and produced by Aditya Chopra. Set in the 1800s, the film is about a dacoit tribe who take charge in the fight for their rights and independence against the British. Ranbir, for the first time in his career, will play a double role as central character Shamshera and his father while Vaani is playing a dancer. Sanjay Dutt, who also features in the film, plays the merciless nemesis of Ranbir.

It will be released on July 30, 2020, in IMAX theatres, coinciding with the Bakrid holiday weekend. The film also features Ronit Roy, Ashutosh Rana, Sharat Saxena, Saurabh Shukla, Aahana Kumra among others in key roles.