Ranbir and Ajay have previously worked together in Prakash Jha's 'Rajneeti'. 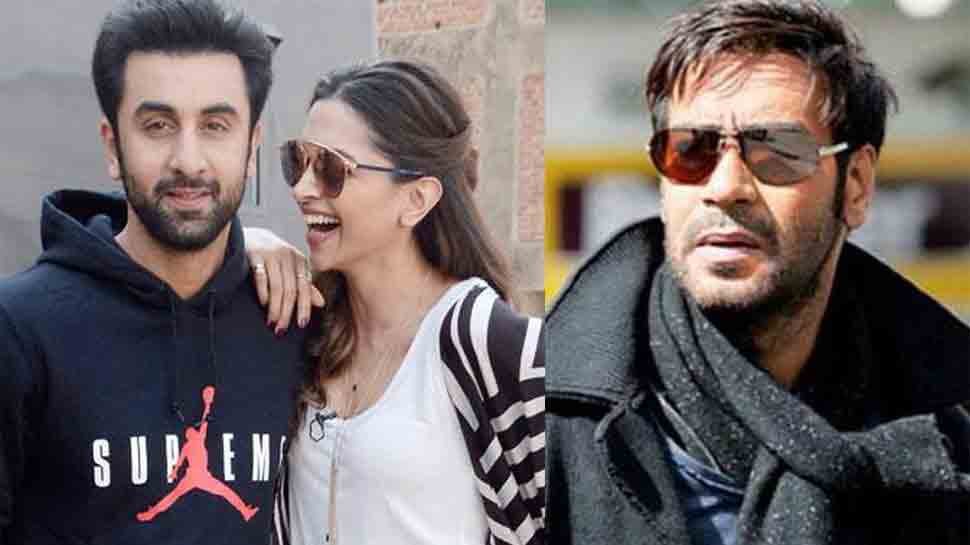 New Delhi: Actors Ranbir Kapoor and Ajay Devgn, who last collaborated for Prakash Jha's 'Rajneeti', are all set to team up again, this time for Luv Ranjan's untitled project. Speculations about the film had been around for over a month now. In fact, it was widely reported last year that actress Deepika Padukone has also been roped in for the film and will once again romance Ranbir in the film.

Earlier, reports of the film being shelved due to its script issue were rife for a while. However, Ajay Devgn has now come out and put an end to all the rumours saying that the film will go on floors in 2020.

In a statement to Mumbai Mirror, the actor said, "Ranbir and I start shooting from next year as planned," adding that the film is being scripted.

The film was originally slated to go on floors in 2018 but was later pushed to 2019. And now, the shooting for the untitled project will finally happen in 2020.

Ranbir too confirmed the news with the tabloid and said, "I have immense respect for Ajay sir and I'm excited about sharing the screen with him again. His body of work is inspiring. Luv and I have wanted to work with each other for some time now. I am sure this film will be a perfect start to our association."

In the meantime, Luv Ranjan, who got his dream cast for the film, shared his excitement with the tabloid and said, "Ajay and Ranbir s spontaneity and versatility is electrifying and I am elated to be working with not one, but two powerhouse performers in my next film."

The film will be produced by Bhushan Kumar's T-Series along with Luv Films.

Interestingly, this will be Ranbir and Deepika's fourth film together after 'Bachna Ae Haseeno', 'Yeh Jawani Hai Deewani' and 'Tamasha'.

Ranbir was last seen in 'Sanju' which turned out to be one of the biggest blockbusters of 2018. He is currently busy with Ayan Mukerji's trilogy 'Brahmastra'. It is set to hit the screens during Christmas this year. On the other hand, Deepika will be seen in  Meghna Gulzar's 'Chapaak', which revolves around the story of an acid attack survivor. She had revealed that she wanted to do a romantic love story or a light movie after the larger than life Padmaavat but when Meghna narrated the script to her, she couldn't say no to it.

Deepika's last release was 'Padmaavat' (2018) which also happens to be her last film before marriage.