Ranveer Singh says that playing the character of Alauddin Khilji in 'Padmaavat' was as tough as his character of Bajirao. 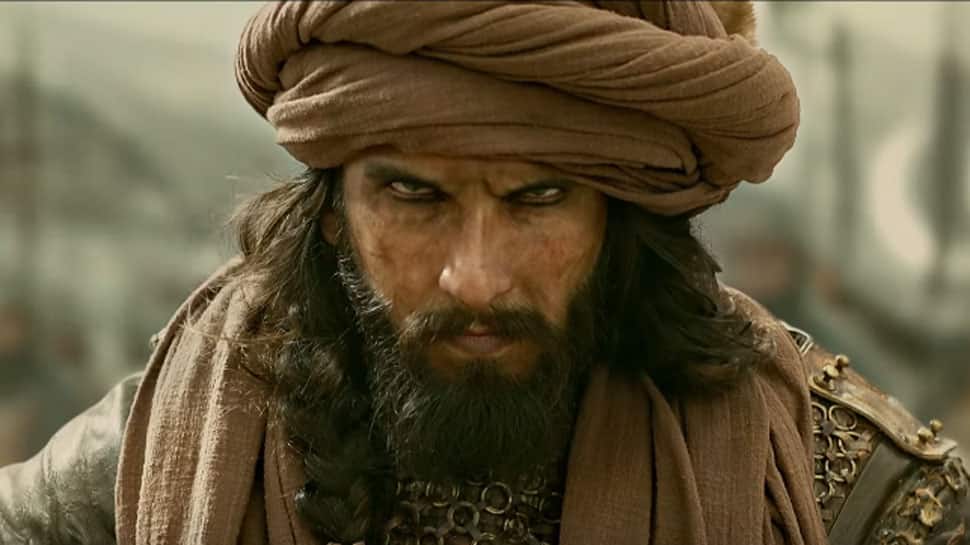 Bollywood star Ranveer Singh, who plays the dreaded Alauddin Khilji in Sanjay Leela Bhansali’s controversial film Padmaavat, has finally broken his silence on the movie and his character. Speaking to Bollywoodlife.com, the actor talked candidly about playing a villain who was bisexual and also the scenes he found to be most difficult.

Though Ranveer doesn’t term Padmaavat as the toughest film of his career, the actor said that his role in the movie was as tough as his character of Bajirao that he played in Bhansali’s Bajirao Mastaani.

Ranveer told Bollywoodlife.com, “I think Bajirao was more difficult mentally and physically while Khilji was tough physically. It was difficult only because of the shooting process. Due to the incidents and delays, all my work happened back to back. I was screaming my lungs out one day and doing action on the next day. During the Khalbali dance sequence, my knees had become like jelly. I could not feel my legs. While doing the action scenes, I would faint, recuperate, go aside vomit and come back to shoot.”

“In costume dramas, normally everyone gets a break of six to eight days between sequences, which I did not get. The shooting process was extremely difficult but I knew I had to deliver. So, in terms of psyche and emotional turmoil, the role of Bajirao was very taxing but Khilji was an equally difficult part to play,” he added.

The actor was also asked if there was any similarity between him and the character of Khilji that he portrayed on screen. According to Ranveer, “there is nothing in common”. “I could not relate to this person who was so manipulative, greedy and ambitious. A person who would not bat an eyelid before harming others…it is not me at all,” he said.

Talking about his preparations for the role, the actor, who played a carefree youth in his first movie ‘Band Baja Baraat’, said that he studied people in history to relate to the world view of Khilji.

“I had to understand and convince myself that there were people like them, and draw from it to infuse life into the character. I buried into the deep, dark recesses of my life and memories, which I had brushed under the carpet and were buried in my conscience. I have confronted those demons and used them in my performance. It has been a catharsis,” said Ranveer.

Ranveer added that he felt a lot more lighter, happier and nicer after portraying the role of the ruthless Sultan of Delhi. “I have more love, affection and kindness to give now,” he said.

Felt reduced to a vagina only: Swara Bhasker after watching 'Padmaavat'