Reasons why Sanjay Leela Bhansali is a class apart

The way Sanjay Leela Bhansali composes his frames leave the audience enchanted and his presentation style looks like a painting in motion. 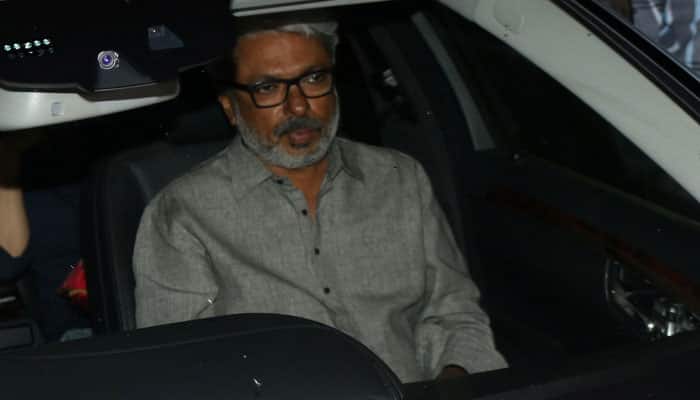 Mumbai: He may have been in the middle of controversies owing to his previous film Bajirao Mastani and upcoming Padmavati, but Sanjay Leela Bhansali is a master craftsman for sure. He spins magic on the silver screen with his matchless style of storytelling and eye for detail.

The way he composes his frames leaves the audience enchanted and his presentation style looks like a painting in motion. The trailer of his upcoming magnum opus – Padmavati – bears testimony to that.

Not just the trailer that took us back in time, even the recently released Ghoomar song, which has garnered over 20 million views on YouTube, is a slice of his majestic craftsmanship.

Bhansali creates a spectacle on screen that helps us transcend to a world that we wish existed.

He made his debut as a director with Salman Khan, Manisha Koirala, Seema Biswas and Nana Patekar starrer Khamoshi: The Musical almost 21 years ago! He returned to the big screen with Hum Dil De Chuke Sanam in 1999 and created history with the film starring Aishwarya Rai, Salman Khan and Ajay Devgn.

After a hiatus of three years, Bhansali delivered another masterpiece Devdas, an adaptation of Sarat Chandra Chattopadhyay’s namesake novel. The film marked his first association with Shah Rukh Khan and turned out to be quite impressive.

In 2007, SLB launched Ranbir Kapoor and Sonam Kapoor with Saawariya, a film that tanked at the Box Office despite having star kids on board and appealing visuals. But that didn’t stop Bhansali from following his heart.

Rani Mukerji - Amitabh Bachchan starrer Black (2005) and Hrithik Roshan – Aishwarya Rai starrer Guzaarish (2010) beautifully narrated stories of a woman and a man respectively who fought all odds to achieve what they wanted dearly in life.

The maverick filmmaker took a three year break to return with the adaptation of William Shakespeare’s Romeo and Juliet in 2013. Titled Goliyon Ki Raasleela Ram-Leela, the film starring Ranveer Singh and Deepika Padukone set the cash registers at the Box Office ringing. He continued to have a rocking time soon after Bajirao Mastani made a splash on the big screen. His Ram and Leela transformed into Bajirao and Mastani to deliver one of the biggest films in Hindi cinema.

And now, with Padmavati, Bhansali may be on the winning streak once again. The film promises to be a mighty impressive one already. And with the lethal combination of Bhansali – Padukone – Singh on board, chances of the film being a blockbuster are higher. Moreover, with the presence of Shahid Kapoor, the film has gained more weight.