Rishi Kapoor and his wife Neetu moved to New York in September 2018. 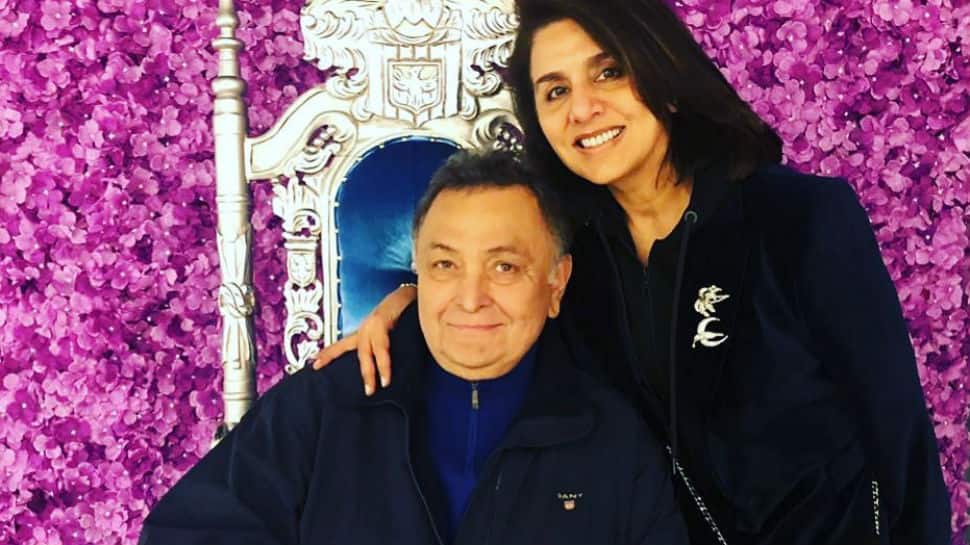 New Delhi: Rishi Kapoor and his wife Neetu, who temporarily moved to the US for the actor's medical treatment, are likely to return to India in the next couple of months.

The Kapoors have been staying in New York since September 2018. A DNA report on Saturday stated that they will fly out of the Big Apple this September. However, there is no official confirmation on the development from the couple or the family.

Before moving out of India, Rishi Kapoor had tweeted that he is "taking a short leave of absence from work to go to America for some medical treatment." However, he did not reveal the ailment and urged his well-wishers "not to worry or unnecessarily speculate."

Hello all! I am taking a short leave of absence from work to go to America for some medical treatment. I urge my well wishers not to worry or unnecessarily speculate. It’s been 45 years “plus”of wear and tear at the movies. With your love and good wishes,I will be back soon!

It was only in May that the 66-year-old veteran actor opened up about his illness and said that he is cancer-free.

In an interview to Deccan Chronicle, he said, “My eighth month of treatment started on May 1 in the US. But God has been kind! I am in remission, meaning now I am cancer-free.”

During the same time, Rishi Kapoor also tweeted, "Today I complete eight months here in New York. When will l ever get home?"

Today I complete eight months here in New York. When will l ever get home?

Neetu Kapoor has remained by his side in the US throughout the time. Their children Riddhima Kapoor Sahni and Ranbir Kapoor have been paying regular visits to the couple.

While in the US, Rishi and Neetu Kapoor have been hosting a stream of visitors at their home. Stars like Shah Rukh Khan, Aamir Khan, Deepika Padukone, Priyanka Chopra, Alia Bhatt (rumoured to be dating Ranbir) and several others paid a visit to them.