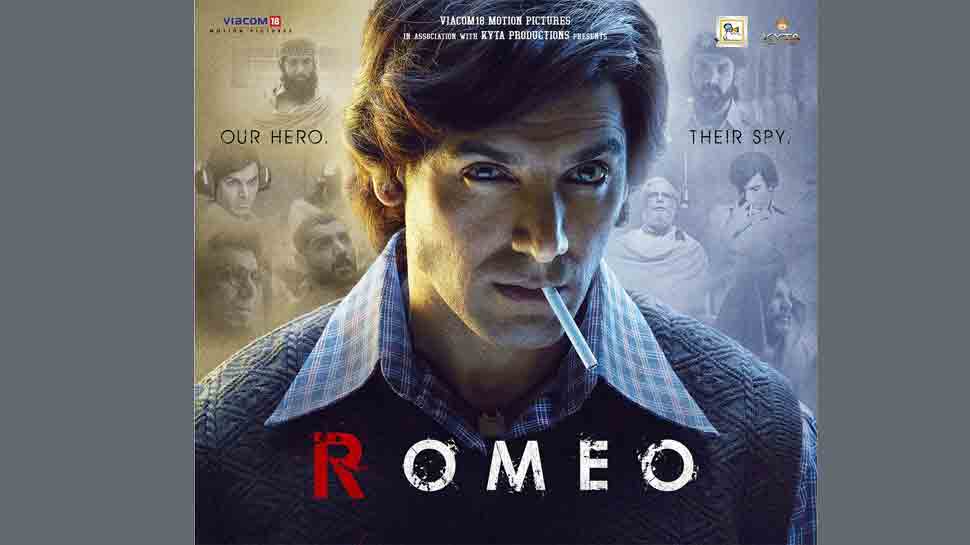 New Delhi: Actor John Abraham, who is all set to be seen next in 'Romeo Akbar Walter' (RAW), has shared his new look from the upcoming film.

The actor dropped a poster from the film on social media which shows him sporting a retro look. He captioned the post, "One man. Many faces. One mission - to protect his country. Presenting ‘Romeo’ from #RAW, based on the true story of a patriot. #RAWRomeo."

The main look shows him in a checked shirt and cardigan while a cigarette can be seen dangling from his lips. Overall, he is carrying an intense, retro look in the poster which is quite impressive. We can also seen many other looks of the actor in the background. As per reports, John, who plays a spy, has carried an altogether 18 different looks in the film.

'RAW' is set against the backdrop of the Indo-Pakistan War of 1971 and is said to be inspired by true events. The film has been produced by Dheeraj Wadhawan, Ajay Kapoor, Vanessa Walia and Gary Grewal and is directed by Robbie Grewal of 'Mera Pehla Pehla Pyaar' fame. It has been shot in Mumbai, Gujarat, Kashmir and Nepal.

Apart from John, the film will also stars Mouni Roy and Sikander Kher in pivotal roles. This is Mouni's second film after 'Gold'.

It is to be noted that Sushant Singh Rajput was the original choice for the lead character in the film. In fact, a poster featuring him was revealed on the social media and was well-received by the audience. However, he walked out from the project after a while and was replaced by John Abraham.

Kartik Aaryan's Luka Chuppi second poster out, trailer to be unveiled on Jan 24