Ruskin Bond, Vishal Bhardwaj might work on a film soon

It has been a while since Bhardwaj and Bond teamed up for a project. 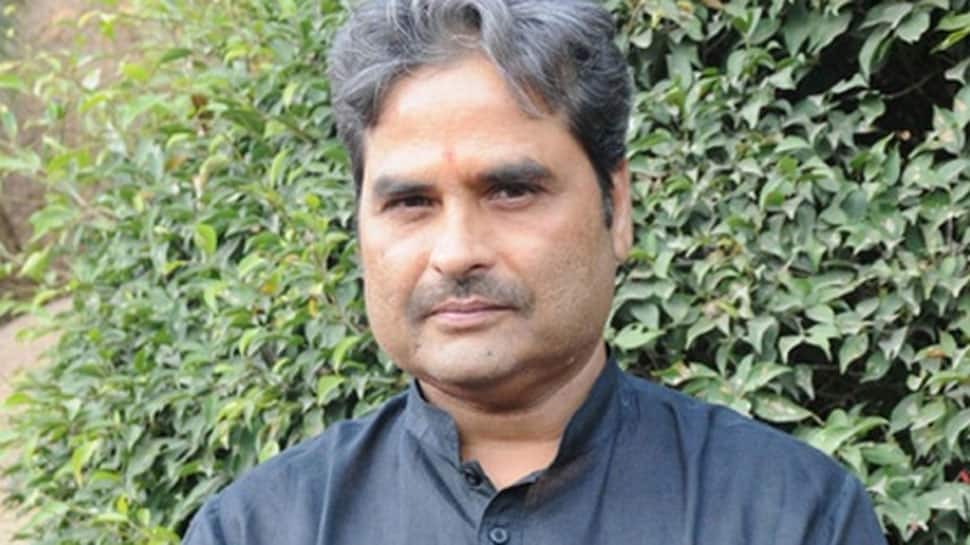 New Delhi: Filmmaker Vishal Bhardwaj had adapted two of Ruskin Bond's stories for his movies -- "The Blue Umbrella" (2005) and "7 Khoon Maaf" (2011). The celebrated author says he would love to collaborate with Bhardwaj again and is sure that they will make something soon.

It has been a while since Bhardwaj and Bond teamed up for a project.

Asked when he will work with the director again, Bond told IANS in an email interview: "Vishal Bhardwaj adapted two of my stories for films. One was '7 Khoon Maaf' from my short story 'Susanna's Seven Husbands' and 'The Blue Umbrella' from my children's story of the same name. He is my neighbour in Mussoorie and I would love to collaborate with him again."

"He was interested to make something on my stories of Mr. Oliver, who is a schoolmaster, from my book called 'Mr. Oliver's Diary'. We have also discussed some other stories, of a very different nature. I am sure we will make something soon enough," he added.

As of now, his stories are being enjoyed by fans of the digital platform. He has joined hands with ZEE5 for the web series "Parchhayee: Ghost Stories by Ruskin Bond".

"There's a company in Kolkata called Allcap Communications whose members came and met me in Mussoorie and convinced me that my ghosts stories would do well on screen. That's how 'Parchhayee...' happened. The 12-episode series is being produced by Banijay Asia and Opus Communications for ZEE5, which is the OTT platform of Zee Network," he shared.

The episode, "The Overcoat", will be streamed on February 14.

Asked about his involvement in projects based on his work, he said: "For this series, Samhita (Chakraborty) and Kaushik (Ghosh) of Allcap discussed with me the selection of the stories, the back stories of some of the characters and the setting of some of the stories. But otherwise the adaptation has been done by the producers, directors and screenwriters.

"For '7 Khoon Maaf', I did collaborate on the screenplay, developing the short story into an 80-page novella. I even had a small role in the film, of a priest. I wonder why no one's offered me a role after that, though!"

What about a film on his life?

"What would I like to show? Hmm… I don't know, it's not something that I've thought about," said Bond, whose first book, "The Room on the Roof", was semi-autobiographical.

"Actually I wouldn't want a film to be made on my life because I suppose I would only want them to show all the good things about me, and hide the awful things, and that wouldn't be a very honest biopic, no?"

Vicky Kaushal's military drama 'Uri: The Surgical Strike' is on a record-smashing spree