With its release date drawing close, makers of `Saaho` are making sure that movie-buffs remain on the edge of their seats as they wait for the flick to hit the big screens. 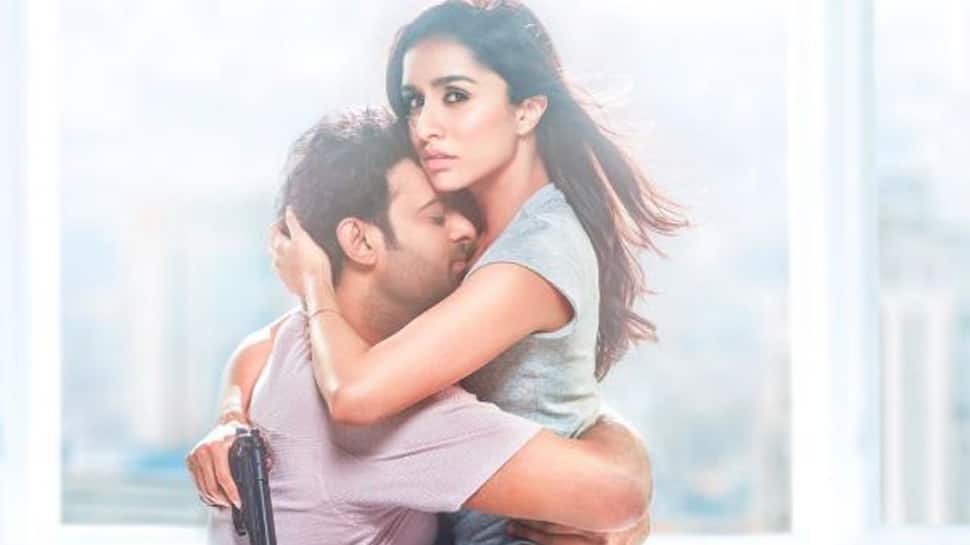 New Delhi: With its release date drawing close, makers of `Saaho` are making sure that movie-buffs remain on the edge of their seats as they wait for the flick to hit the big screens.

Lead actor Prabhas on Sunday dropped a new poster featuring some sizzling chemistry between him and his leading lady Shraddha Kapoor.

The `Baahubali` star who is all set to make his actions speak louder than words shared the new poster on Instagram. "Action, Romance and so much more! Get ready for Saaho on August 30!" he wrote.

In the poster, Shraddha Kapoor is seated in Prabhas` lap with their arms wrapped around each other.

However, the `Stree` star has a fierce expression on her face and a revolver in her hand while another one is lying on the floor beside Prabhas who seems lost in Shraddha`s arms. The duo, who joined hands for the first time looked simple yet elegant sporting simple off-colour tees and pairs of light-shaded distressed jeans.

Earlier this week, makers released a power-packed trailer of the flick which is helmed by Sujeeth and produced by V. Vamsi Krishna Reddy and Pramod Uppalapati.Along with Shraddha and Prabhas, also starring in the film are actors Mahesh Manjrekar, Jackie Shroff, Neil Nitin Mukesh, Murli Sharma, and Chunky Panday.`Saaho` also marks the `Ek Villain` actor`s debut in the South Indian film industry.

The movie has been shot in Telugu, Tamil, and Hindi, simultaneously at a number of stunning locations in and out of the country and is slated to hit the theatres on August 30, this year. (ANI)