Saaho new poster starring Prabhas out, trailer to be dropped on this date — Details inside

Directed by Sujeeth, 'Saaho' has been simultaneously in Hindi, Tamil and Telugu. 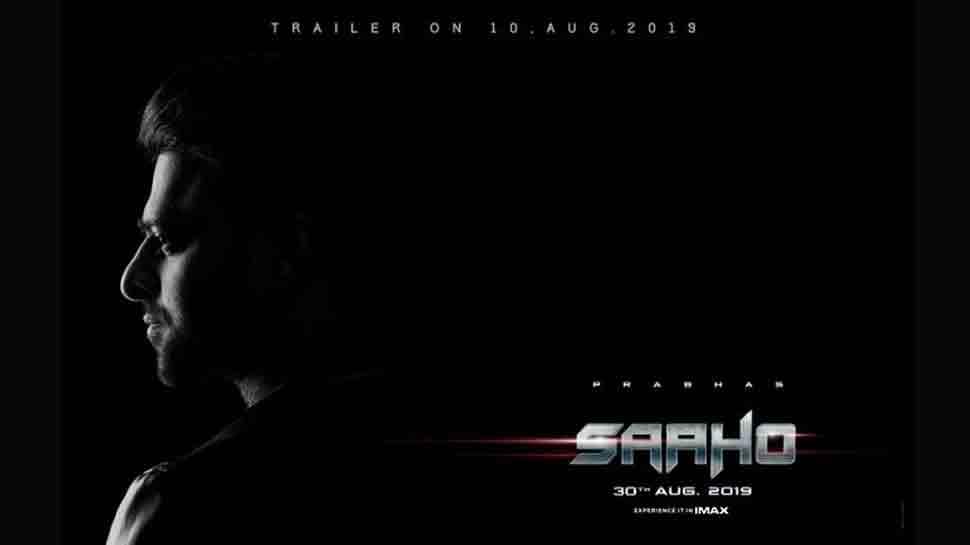 New Delhi: The much-awaited high octane thriller 'Saaho', starring Prabhas and Shraddha Kapoor is all set to arrive in theatres on August 30. The songs and teaser of the film have already had the audience on the edge of their seats and now, the makers are all set to unveil the first official trailer of the action-drama, on August 10.

Taking to Twitter, the official handle of UV Creations shared, "The wait is over! The biggest and most anticipated trailer of the year will be out on 10th August! #SaahoTrailer #Saaho releases worldwide on 30th August! #30AugWithSaaho."

The wait is over! The biggest and most anticipated trailer of the year will be out on 10th August! _ #SaahoTrailer#Saaho releases worldwide on 30th August! #30AugWithSaaho pic.twitter.com/2ECUmJMvOu

Prabhas too shared the news with his fans on Instagram, as he wrote, "Darlings, it’s now time to enter the Saaho world! #SaahoTrailer out on 10th August ! Stay tuned... #SaahoOnAugust30 #Saaho"

Directed by Sujeeth, 'Saaho' has been simultaneously in Hindi, Tamil and Telugu. The film marks Prabhas' debut in Hindi and Shraddha Kapoor's debut in South Indian cinema. Produced with a budget of Rs 300 crore, it is one of the most expensive films of Indian cinema.