The trailer of Bhumi Pednekar-Taapsee Pannu starrer Saand Ki Aankh has been unveiled. The two actresses will be seen as ace shooters Chandro Tomar and Prakash Tomar in the film. 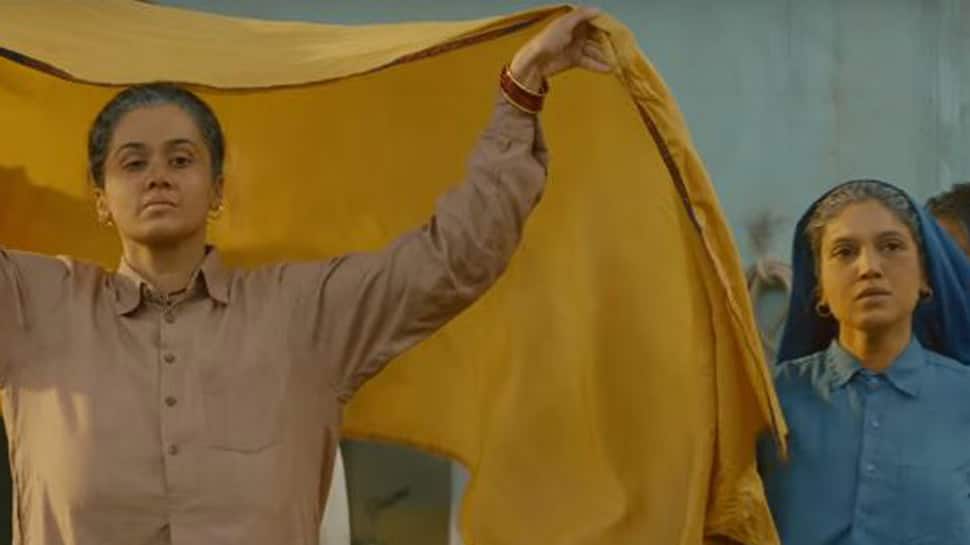 New Delhi: The trailer of Bhumi Pednekar-Taapsee Pannu starrer Saand Ki Aankh has been unveiled. The two actresses will be seen as ace shooters Chandro Tomar and Prakash Tomar in the film.

The trailer opens with two-wrinkled homemakers, who are all set to embrace their old age. Their hidden talent pops out when they lift the sharp-shooting guns accidentally and hit the target without fail. The sport which was initially opted by their daughters become their favourite and that's when they decide to hone their hidden skills. Their paths are adorned with thorns as they begin the journey towards their newly-cultivated dream. Despite all odds, they emerge successful with many awards knocking at their doors.

Their inspirational journey is brought to celluloid by the talented actresses Taapsee and Bhumi, who took a brave decision to get into the skin of their characters that are way older. They also have mastered the Haryanvi accent and dressed in traditional attires, they hurt patriarchy where it hurts the most.

The film has been helmed by Tushar Hiranandani and co-produced by  Anurag Kashyap. It is set to hit the screens on October 25.