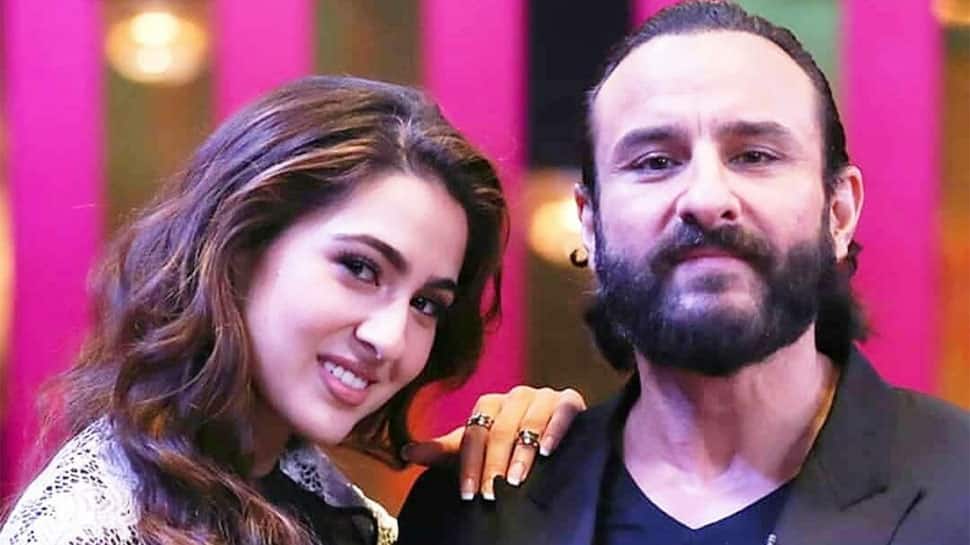 New Delhi: Classic B-Town actor Saif Ali Khan is experimenting with the kind of work he is taking up these days. His maiden web-series 'Sacred Games' received rave reviews and the viewers liked it so much that the makers are working on season 2 already.

Now, the latest buzz right now is that Saif and gorgeous daughter Sara Ali Khan who made her stunning and impressive debut in 'Kedarnath' opposite Sushant Singh Rajput will be seen sharing screen space in a film soon.

According to DNA, maverick filmmaker Imtiaz Ali is planning to go ahead with a sequel to his 2009 superhit 'Love Aaj Kal' with Sara and Kartik Aaryan in the lead roles. And Saif Ali Khan will be seen playing Sara's on-screen daddy.

Imagine how much fun it will be to watch the real-life father-daughter jodi on the silver screens?

The report states that much like Rishi Kapoor's role in the original, Saif too will play an integral part in the sequel. The film will roll in mid-2019.