Reports were that actor Saif will share screen space with his daughter Sara. 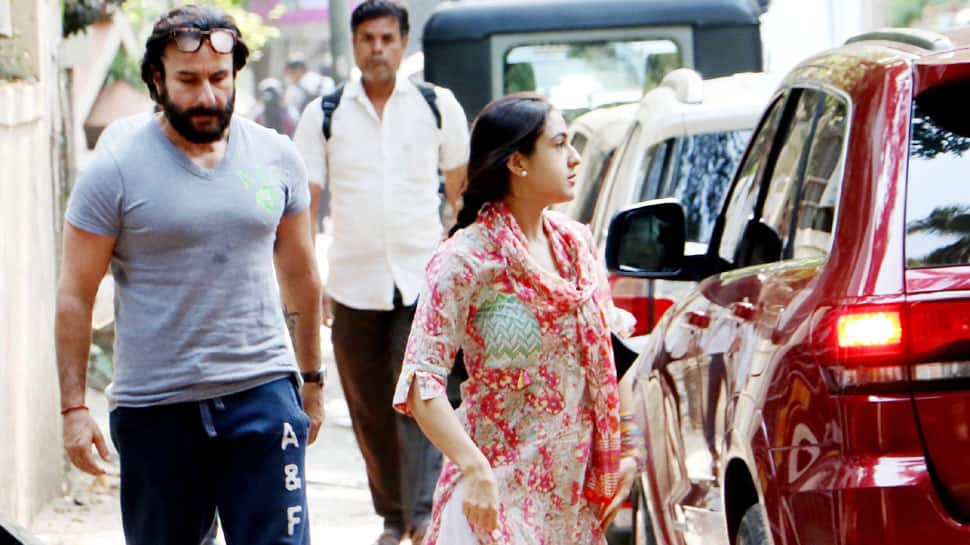 New Delhi: A few days ago, reports were that actor Saif Ali Khan will share screen space with his daughter Sara Ali Khan in 'Love Aaj Kal' sequel. The actor, however, has refuted such rumours.

When asked about the same, Saif told Bollywood Hungama, “It is not true at all”

Well, looks like we'll have to wait a little longer to watch the father-daughter duo share screen space.

For the unversed, Sara Ali Khan is Saif's daughter from his first wife, Amrita Singh.

Saif is currently married to Kareena Kapoor Khan and the couple is blessed with the adorable baby boy, Taimur.

On the work front, Saif's web-series 'Sacred Games' received rave reviews and makers are working on season 2. His latest outing, 'Bazaar' too was a success and received positive reviews from movie goers.

Coming to Sara, the actress received a warm welcome in Bollywood as she made her debut with Abhishek Kapoor's 'Kedarnath'. The film starred Sushant Singh Rajput opposite Sara and was received positive reviews. The actress also starred in Rohit Shetty directorial 'Simmba' along with Ranveer Singh.

'Wonder Woman 3' will be a contemporary story, says Patty Jenkins