The first poster of the film was unveiled on Monday on the official Twitter page of Eros Now. 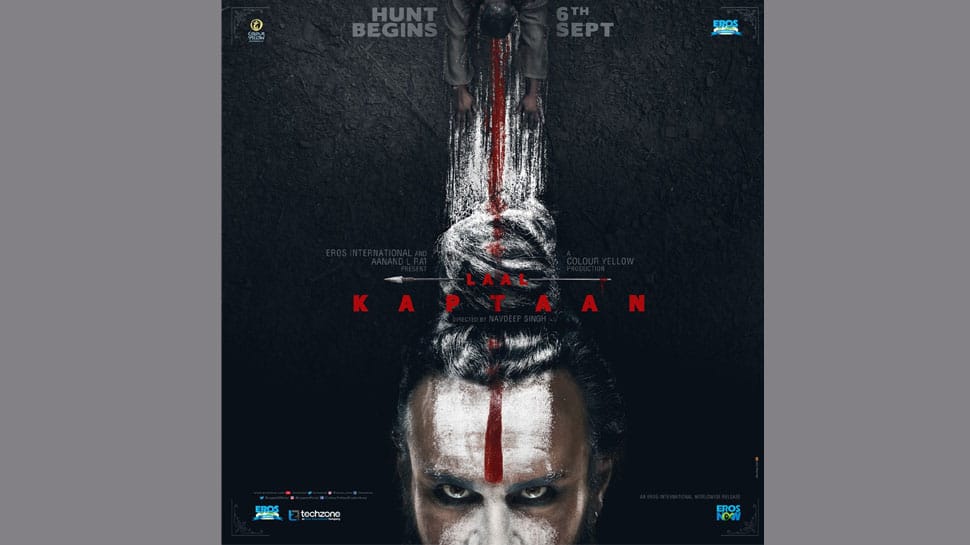 Mumbai: After playing a Sikh police officer in the web show "Sacred Games", actor Saif Ali Khan has left fans stunned with his new avatar as a naga sadhu in the film "Laal Kaptaan", slated to release on September 6.

The first poster of the film was unveiled on Monday on the official Twitter page of Eros Now.

With a red mark on his forehead and dark kohl-rimmed eyes, his hair tied in a bun and a face smeared with what looks like ash -- Saif looks intense in the poster.

"Raakh se janmaa...Raakh ho jaane ko, 'Laal Kaptaan' (He was born from the ashes only to return to ashes). Hunt begins. September 6," read the post.

Saif had earlier said shooting for the film was quite arduous.

"I even got my ears pierced for the role, which I was worried about initially. My hair has grown a lot. It bothered me throughout summer, when I was shooting in Rajasthan's sweltering heat. It took me 40 minutes to two hours sometimes to just get into hair and make-up for the part," he had said.