Salman Khan back as Chulbul Pandey, kickstarts 'Dabangg 3' promotions in a teaser video—Watch

Mahesh Manjrekar's daughter Saiee Manjrekar will be making her big-screen debut in the movie. 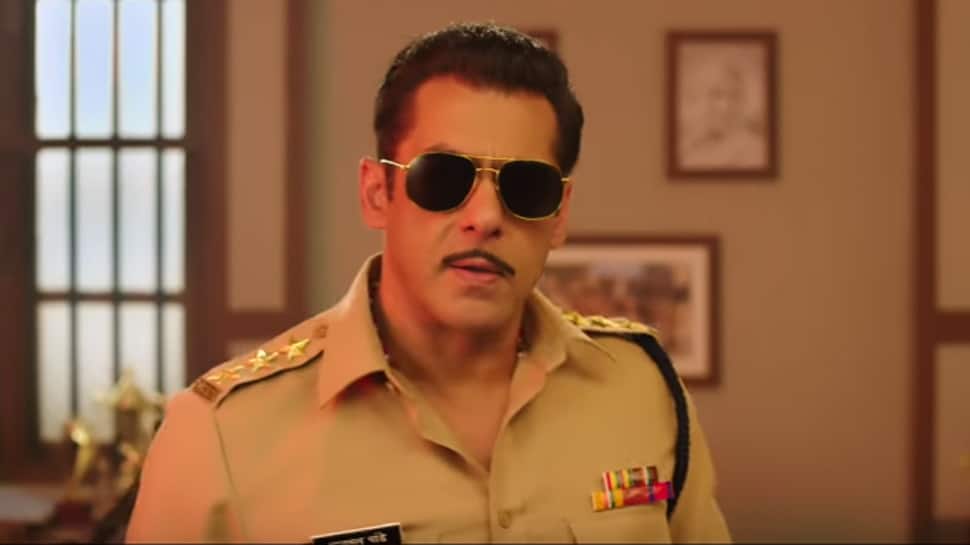 New Delhi: Superstar Salman Khan is back as Chulbul Pandey, the very favourite Rohinhood Pandey, his fans were eagerly missing all this time. 'Dabangg 3' is hitting the screens in December this year and the makers have thought of a unique promotional strategy.

Salman teased a video on social media, all dressed up as Chulbul Pandey, in a way kickstarting the 'Dabangg 3' promotions.

'Dabangg 3' is helmed by ace choregrapher turned director Prabhudheva. The venture is produced by Salma Khan, Arbaaz Khan and Nikhil Dwivedi. The screenplay is by Prabhudheva, Dilip Shukla and Aloke Upadhyaya.

The much-hyped 'Dabangg 3' dialogues are by Dilip Shukla and Aloke Upadhyaya. The music is by Sajid Wajid and action is taken care of by Anl Arasu.

Mahesh Manjrekar's daughter Saiee Manjrekar will be making her big-screen debut in the movie.