The action-comedy brings back Salman in his popular avatar of Chulbul Pandey. 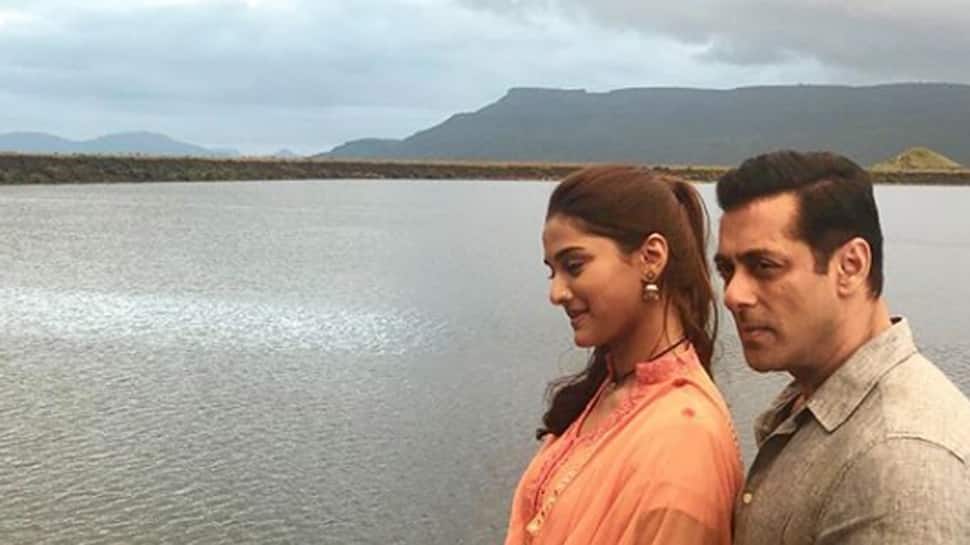 Mumbai: Superstar Salman Khan's latest photo with newcomer Saiee M. Manjrekar from the set of their upcoming film "Dabangg 3" has got netizens excited.

Salman took to Instagram to post an image of the two with a water body in the background. "On location #dabangg3 @saieemmanjrekar," he captioned it.

His fans were quick to post-heart emojis and called the on-screen couple "Bhai 1 no jodi ye hai" and "new jodi of Bollywood".

"IIFA 2019 my first ever award show with none other than @beingsalmankhan. Surreal experience, forever grateful. #saieemanjrekar #iifa2019," she had captioned it.

Salman had said: "She is really good that's why she is in 'Dababgg 3', and her father worked in first part of 'Dabangg'. You know the strange thing that a few years back, we introduced Sonakshi (Sinha) in IIFA on a ramp and today, we introduce Saiee."

The action-comedy brings back Salman in his popular avatar of Chulbul Pandey.