Salman's 'Dabangg 3' is expected to release in December this year. 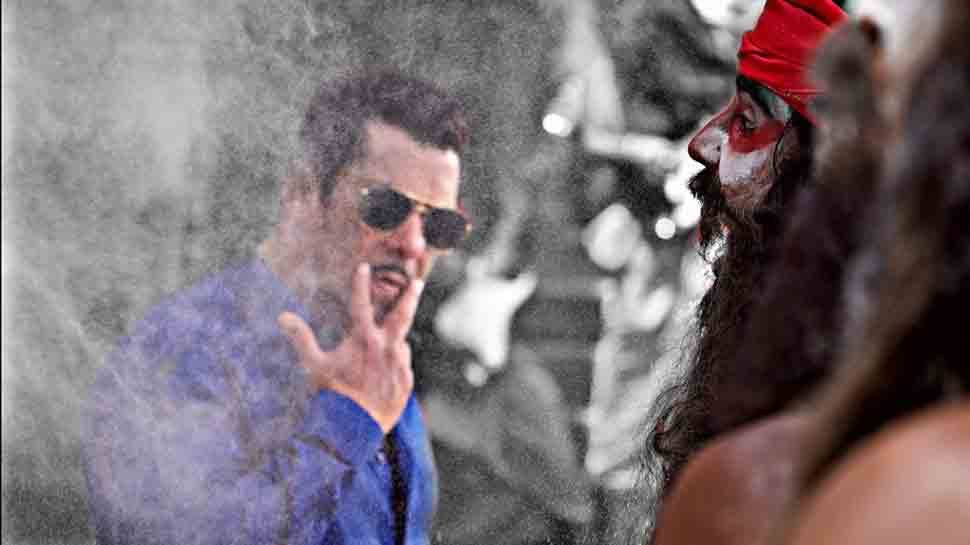 New Delhi: Superstar Salman Khan is these days busy shooting for 'Dabangg 3' in Maheshwar, Madhya Pradesh. The work has begun in full swing and the fans can't be happier. In fact, a few days back while the actor was shooting on-location, a huge crowd gathered to catch a glimpse of their favourite star.

The actor has been sharing on-set pictures on social media ever since he began the shoot. Recently, he shared yet another picture revealing that he has shot the title track of the film 'Hud Hud Dabangg' and posted a fresh still. He wrote: HUD HUD Dabangg song done for #dabangg3.... @arbaazSkhan @PDdancing @Nikhil_Dwivedi

Well, Sallu Bhai looks dapper and that is needless to say. In fact, he will be seen reprising his iconic role of Chulbul Pandey from the first two parts. 'Dabangg 3' is being directed by Prabhudheva and will see Sonakshi Sinha back as Rajjo.

She too joined Salman a few days back.

Meanwhile, the actor has Ali Abbas Zafar's 'Bharat'lined-up for release on Eid, June 5, 2019. The film features Katrina Kaif opposite Salman in the lead role.

Salman's 'Dabangg 3' is expected to release in December this year.