Ayush Srivastav plays the lead character with Master Ayushman playing the child actor in the movie. 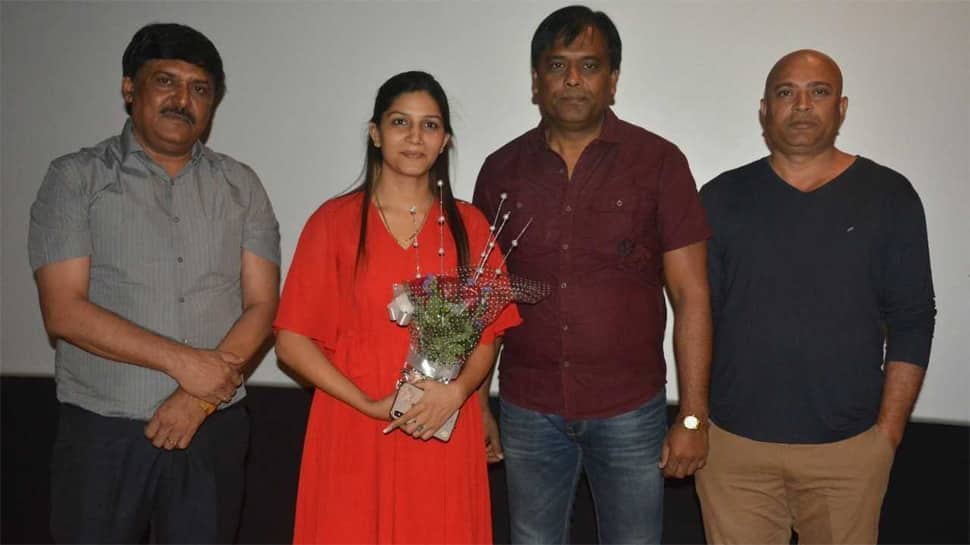 New Delhi: Popular Haryanvi singer-dancer Sapna Chaudhary recently unveiled the trailer the 'Hansa—Ek Sanyog' in Mumbai amid much fanfare. The film is based on the life of the third gender community and what all hardships they face.

Sapna hailed the innovative concept of the movie and hoped for its success. Soon after the trailer was launched, it went viral on social media. 'Hansa—Ek Sanyog' is produced by Suresh Sharma and directed by Dheeraj Varma and Santosh Kashyap.

Speaking at the trailer launch event, producer Suresh Sharma said, “While making this movie I got in touch with several people belonging to the third gender community. And one thing which was common between all was that they were famous amongst their family and society. I hope with this movie, a typical mindset related to them will change, more acceptance will be there and the third gender will be treated as equal to any other person.”

Actor Akhilendra Mishra will be seen playing the role of a third gender with an important aspect in the film. The poplar Cinematographer Arvind K, who has worked with Prakash Jha is now the DOP of 'Hansa - Ek Sanyog'.

Soon the makers will unveil the release date.