You are never going to be perfect: Shah Rukh Khan's advice to daughter Suhana Khan ahead of 'The Archies' debut

Actor Shah Rukh Khan is extremely proud of her daughter Suhana Khan, who is all set to foray into the acting world with Zoya Akhtar's 'The Archies', a Bollywood musical adaptation of classic franchise set in 1960s. 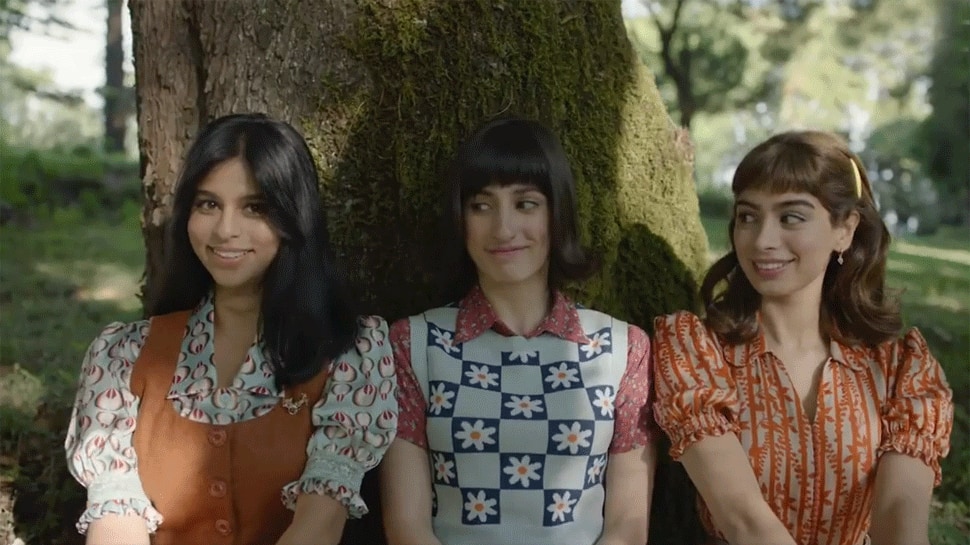 Mumbai:  Bollywood superstar Shah Rukh Khan's daughter Suhana Khan is all set to start her acting journey with Zoya Akhtar's 'The Archies" movie. Directed by Zoya Akhtar, this musical is a desi adaptation of the popular comic by the same name and promises an engaging teen drama. On Saturday, as the filmmaker dropped the first look of the characters, Shah Rukh took to social media and penned down an inpirational note for his darling daughter.

The King Khan shared his thoughts as a proud father and as 'another actor' and also reminded Suhana that she may be never going to be 'perfect' but 'being herself is what would matter the most'.

"And remember @suhanakhan2 you are never going to be perfect. But being yourself is the closest to that. Be kind and giving as an actor....the brickbats and applause is not yours to keep...The part of you that gets left behind on screen will always belong to you...u have come a long way baby...But the road to peoples heart is unending....Stride forth and make as many smile as you can. Now let there be Light...Camera and Action!" Shah Rukh wrote on Twitter,  as he signed off as 'Another Actor'.

From renting the Archie’s Digest for 25 paise per day from book rental stores to see Zoya Akhtar make this come alive on screen….is just incredible. Wishing all the little ones the best as they take their first little steps into the most beautiful of professions. pic.twitter.com/uiKsLgGrP9

The 56-year-old superstar shared the poster and casting announcement video of the film on his page. Take a look at his post below:

Here's everything about 'The Archies' that we know:

Wishing luck to the team of 'The Archies', Shah Rukh said as a fan of the comics it is 'incredible' to see Akhtar bring alive the characters on screen.

"From renting the Archie's Digest for 25 paise per day from book rental stores to see @zoieakhtar make this come alive on screen?.Is just incredible. Wishing all the little ones the best as they take their first little steps into the most beautiful of professions," he worte on Twitter.

Netflix has partnered with Archie Comics for the project, which Akhtar and her longtime collaborator Reema Kagti are producing under their banner Tiger Baby.

Zoya Akhtar had earlier said that the comic has been part of her childhood and teenage years. “I am super excited to have the chance to bring The Archies to life. It was a large part of my childhood and teenage years. The characters are iconic and globally loved, which is also why I am a little nervous. I have to make sure the film stokes the nostalgia of a generation that grew up on the comic and yet resonates with the young adults today,” Akhtar had said in a statement.

'The Archies' will be released on Netflix in 2023.