Beyond The Clouds narrates the tale of a young boy named Amir who gets involved in drug peddling and the consequences it has on his loved ones. 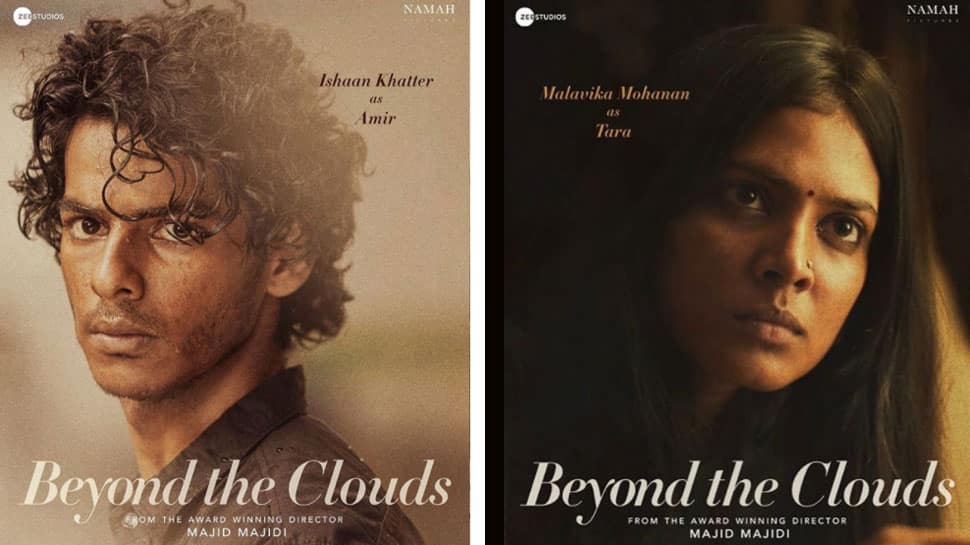 Mumbai: The trailer of Iraninan filmmaker Majid Majidi’s Beyond The Clouds starring Ishaan Khatter and Malavika Mohanan is out. Set in the backdrop of the slums in Mumbai, Beyond The Clouds narrates the tale of a young boy named Amir who gets involved in drug peddling and the consequences it has on his loved ones.

Check out the trailer embedded below:

The first look of the film was unveiled last year at the Berlin Film Festival and is one of the most awaited films. Majidi has produced cinema of a different kind that has found appreciation from admirers across the globe. He is known for impressive films such as The Song of Sparrows and Children of Heaven. And hence, his fans have all the reasons to look forward to Beyond The Clouds.

The film in question marks Ishaan’s acting debut on celluloid but he will be launched in Bollywood by Karan Johar in Dharma Productions’ Dhadak, an official Hindi remake of Marathi blockbuster Sairat starring newcomers Rinku Rajguru and Akash Thosar.

Dhadak directed by Shashank Khaitan will mark the debut of Sridevi and Boney Kapoor’s elder daughter Janhvi too.

For the unversed, Ishaan is actress Neelima Azeem and Rajesh Khatter’s son. He is Bollywood superstar Shahid Kapoor’s half-brother.

Ishaan spoke about the equation he shared with his elder brother while interacting with reporters recently.

“He is almost like a teacher, he is a paternal figure in my life. I learnt so much by watching him, I can't possibly consider myself a competition to him. In fact, I would say we are a team,” PTI quoted him as saying.

Beyond The Clouds will release on March 23 while Dhadak is slated to hit the silverscreen on July 20, 2018.